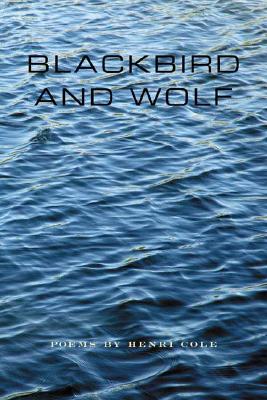 I don't want words to sever me from reality.
I don't want to need them. I want nothing
to reveal feeling but feeling--as in freedom,
or the knowledge of peace in a realm beyond,
or the sound of water poured in a bowl.
--from "Gravity and Center" In his sixth collection of poetry, Henri Cole deepens his excavations of autobiography and memory. "I don't want words to sever me from reality," he asserts, and these poems--often hovering within the realm of the sonnet--combine a delight in the senses with the rueful, the elegiac, the harrowing. Many confront the human need for love, the highest function of our species. But whether writing about solitude or the desire for unsanctioned love, animals or flowers, the dissolution of his mother's body or war, Cole maintains a style that is neither confessional nor abstract. And in Blackbird and Wolf, he is always opposing disappointment and difficult truths with innocence and wonder.


Praise For Blackbird and Wolf: Poems…

Praise for Middle Earth:
"A remarkable fabulist, now writing the poems of his career. . .Transcendent . . . These are the poems of a conjurer, ceremonial and hypnotic." --Dana Goodyear, Los Angeles Times

"[Middle Earth] is the most intimate book in American poetry since Plath's Ariel . . . Henri Cole's new poems, proud and knowing and wounded, archly suspicious, can be revealing because they guard their privacies so well." --William Logan, The New Criterion

Henri Cole was born in Fukuoka, Japan, and was raised in Virginia. The recipient of many awards, he is the author, most recently, of "Middle Earth "(FSG, 2003), a Pulitzer Prize finalist, and "The Visible Man "(FSG, 1998).
Loading...
or
Not Currently Available for Direct Purchase