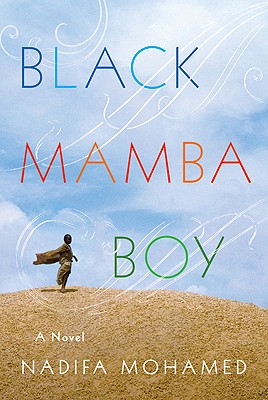 Yemen, 1935. Jama is a “market boy,” a half-feral child scavenging with his friends in the dusty streets of a great seaport. For Jama, life is a thrilling carnival, at least when he can fill his belly. When his mother—alternately raging and loving—dies young, she leaves him only an amulet stuffed with one hundred rupees. Jama decides to spend her life’s meager savings on a search for his never-seen father; the rumors that travel along clan lines report that he is a driver for the British somewhere in the north. So begins Jama’s extraordinary journey of more than a thousand miles north all the way to Egypt, by camel, by truck, by train, but mostly on foot. He slings himself from one perilous city to another, fiercely enjoying life on the road and relying on his vast clan network to shelter him and point the way to his father, who always seems just a day or two out of reach.

In his travels, Jama will witness scenes of great humanity and brutality; he will be caught up in the indifferent, grinding machine of war; he will crisscross the Red Sea in search of working papers and a ship. Bursting with life and a rough joyfulness, Black Mamba Boy is debut novelist Nadifa Mohamed’s vibrant, moving celebration of her family’s own history.

Nadifa Mohamed was born in Hargeisa, Somalia, in 1981 to a merchant marine father and a mother from a politically active family, and was trapped in exile when civil war erupted. She studied history and politics at Oxford, and has worked as a film researcher and scriptwriter.
or
Not Currently Available for Direct Purchase
Copyright © 2020 American Booksellers Association