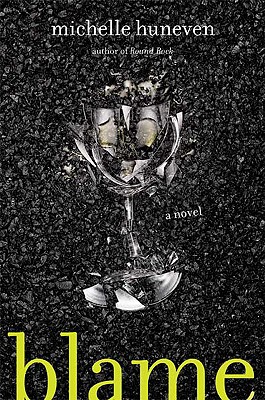 “Blame is another wonderful story from Huneven, with characters and relationships so real you hate to say goodbye when the book ends. A history professor comes out of an alcoholic blackout in jail for running over two Jehovah's Witnesses in her driveway. The story follows her through years of punishment, remorse, and atonement. She eventually rebuilds her life and relationships, finds community in unlikely places, and comes to terms with herself. Richard Russo calls Huneven 'a writer of extraordinary and thrilling talent' and I think you'll agree.”
— Carla, Inkwood Books, Tampa, FL
View the List

Michelle Huneven, Richard Russo once wrote, is “a writer of extraordinary and thrilling talent.” That talent explodes with her third book, Blame, a spellbinding novel of guilt and love, family and shame, sobriety and the lack of it, and the moral ambiguities that ensnare us all.

The story: Patsy MacLemoore, a history professor in her late twenties with a brand-new Ph.D. from Berkeley and a wild streak, wakes up in jail—yet again—after another epic alcoholic blackout. “Okay, what’d I do?” she asks her lawyer and jailers. “I really don’t remember.” She adds, jokingly: “Did I kill someone?”

In fact, two Jehovah’s Witnesses, a mother and daughter, are dead, run over in Patsy’s driveway. Patsy, who was driving with a revoked license, will spend the rest of her life—in prison, getting sober, finding a new community (and a husband) in AA—trying to atone for this unpardonable act.

Then, decades later, another unimaginable piece of information turns up.

For the reader, it is an electrifying moment, a joyous, fall-off-the-couch-with-surprise moment. For Patsy, it is more complicated. Blame must be reapportioned, her life reassessed. What does it mean that her life has been based on wrong assumptions? What can she cleave to? What must be relinquished?

Michelle Huneven is the author of two previous novels, "Round Rock "and "Jamesland." She has received a General Electric Foundation Award for Younger Writers and a Whiting Writers' Award for fiction. She lives in Altadena, California.

“Michelle Huneven’s new novel, Blame, is a lovely, shimmering tour de force, full of an astonishing sense of the beauty of the world, the inestimable complexity of moral consequences, and the bright pleasures of Huneven’s prose. Read it.”—Roxana Robinson, author of Cost

“In Blame, a guilty protagonist strives for the good and achieves the beautiful—and, eventually, the truth. Huneven’s supple, world-loving prose elevates small gestures into redemptive acts and everyday objects into restorative gifts, rewarding the reader on every page.”—Janet Fitch, author of White Oleander and Paint It Black

“This book is a pleasure, on every level.”—Sue Miler, Bookforum

“Michelle Huneven is a writer of extraordinary and thrilling talent, and Jamesland is a marvel.”—Richard Russo

“Like that other West Coast chronicler of struggling Americans, Raymond Carver . . . [Huneven] is not interested in literary pretension or postmodern razzle-dazzle, but in achieving a measure of truth—and her generous, engaging novel does just that.”—Valerie Sayers , The New York Times Book Review