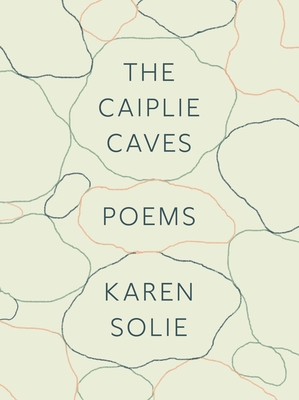 The award-winning poet Karen Solie’s striking fifth collection of poetry blends the story of a seventh-century monk with contemporary themes of economic class, environmentalism, and solitude in an ever-connected world

if one asks for a sign
must one accept what’s given?

Ethernan, an Irish missionary in the seventh century, retreated to the Caiplie Caves on the eastern coast of Scotland to consider life as a hermit. In The Caiplie Caves, Karen Solie’s fifth collection of poems, short-listed for the T. S. Eliot Prize, Solie inhabits a figure inspired by Ethernan, a man torn between the communal and the contemplative. His story is remarkable for the mysticism embedded in the ordinary; as Solie writes in her preface, Ethernan is not known for supernatural feats, but “is said to have survived for a very long time on bread and water.”

Interwoven with the voice of this figure are poems whose subjects orbit the physical location of the caves and join the sharply contemporary to the mythic past: the fall of a coal-fired power station; a “druid shouting astrology” outside a liquor store, putting “the Ambien in ambience”; seabirds “frontloaded with military tech”; the dichotomous nature of the stinging nettle.

These are meditations on the crisis of time and change, on class, power, and belief. Above all, these are ambitious and exhilarating poems from one of today’s most gifted poetic voices.


Praise For The Caiplie Caves: Poems…

"Karen Solie is the freshest poetic voice I've encountered in a long while . . . In a literary culture where complication is considered complicit, it’s good to have a poet who delights in taxing the intelligence. Solie operates on a wavelength different from that of any poet I’ve read." —William Logan, The New Criterion

"Griffin Poetry Prize winner Karen Solie is a genius for poetic explorations of the sprawling network that is modernity. The poems in this collection sacrifice no lyric in their pursuit of critique, and she freely quotes from Wittgenstein and Benjamin when looking at excruciating beauty and horror alike." —Todd Van Luling, Chicago Review of Books

"Karen Solie’s TS Eliot prize-shortlisted The Caiplie Caves is one of the more unusual poetry collections of recent years. It is many things at once: a vision of insular Celtic Christianity in its early medieval heyday; a juxtaposition of this with a more elliptic modern narrative; and a meditation on literary form, and how the modernist long poem might look through a contemporary lens . . . [T]his is a wilfully strange and unforgettable performance." —Aingeal Clare, The Guardian

Karen Solie was born in Moose Jaw, Saskatchewan. Her collections include Short Haul Engine, Modern and Normal, Pigeon, and The Living Option. She has received the Griffin Poetry Prize, the Pat Lowther Award, and the Trillium Book Award for Poetry. The Living Option was named one of the best poetry books of 2013 by the National Post (Toronto) and The Independent (London). Solie lives in Toronto, Canada.
Loading...
or
Not Currently Available for Direct Purchase