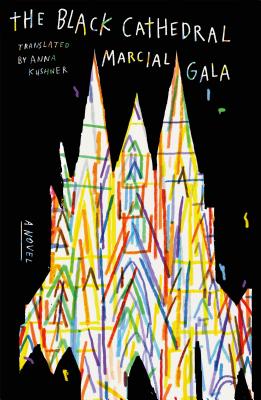 
Praise For The Black Cathedral: A Novel…

“Accidental cannibals, tenderhearted killers, angst-ridden ghosts and well-behaved artists soon populate [The Black Cathedral’s] topsy-turvy universe . . . Even as the novel charts the voyages of its vagabonds, it represents an attempt to draw the periphery into the center, steering us toward the provinces as it renovates the Cuban novel . . . Its narrators, more than a dozen in number, are usually granted a page at a time before other characters butt in, pick up the thread or offer their own spin on the same series of events.” —Shaj Mathew, The New York Times

“Trained as an architect, the author seems less interested in chronology and its secrets than in creating the illusion that we’re experiencing his story from every angle, as we would were we walking through a building. The strategy of embedding the future in the present has the effect of deepening the pathos, heightening our awareness of the vulnerability of characters who, in keeping with the principles of tragedy, appear to be moving inexorably toward their fates . . . The Black Cathedral is a book about survival—every character is in danger of imminent harm—but there’s a melancholy playfulness that enlivens the tragedy.” —Maxine Swann, Los Angeles Review of Books

"Strange and beautiful . . . Told by a chorus of mutually contradictory narrators—think George Saunders's Lincoln In the Bardo, except with fewer ghosts (just one ghost narrator, in fact) . . . [it is] a difficult book to explain, and yet an impossible one to put down." —Thrillist

“In Gala’s many-voiced tale, Cienfuegos is a provincial capital harboring mundane material aspirations, ingrained racial divisions, and serious artistic longings in competition with religious urges . . . The Black Cathedral is finally not about larger ideas of redemption and the future at all, but about predictable paths of minor failure and major self-justification. It’s no accident that key events . . . happen during the early years of the Obama administration: there’s a pervasive sense of dashed hopes, business as usual, faith ignored or betrayed.” —Brian Dillon, 4Columns

"This intricate story of a haunted preacher on an impossible quest to build the world’s most improbable cathedral is a beautifully daunting polyphony of voices, a terrifying prospect for any translator, and Anna Kushner handles it with complete assurance." —Steve Donoghue, Open Letters Review (Best Books of 2020: Literature in Translation)

“The insatiable desire of some of these characters to rise above their circumstances is what encompasses the spirit of the book . . . A thought-provoking book with more questions than obvious answers.” —Janet Mary Livesey, World Literature Today

“A compelling narrative that critiques hypocrisy in a world filled with uncertainty . . . The narrators that populate this story have their own unique perspectives that are oftentimes unreliable . . . As entertaining as a whodunit . . . The Black Cathedral is truly a representation of the twenty-first century, and the diversity that characterizes the modern world.” —Alex Andy Phuong, Midwest Book Review

"Marcial Gala's magnificent The Black Cathedral is a chorus of unforgettable characters that linger in the ashes of Revolution and personal passions. This novel is the broken mirror in which modern Cuba is portrayed with unsettling humanity." —Eduardo Lalo, author of Uselessness

Marcial Gala is a novelist, a poet, and an architect from Cuba. He won the Pinos Nuevos Prize for best short story in 1999. The Black Cathedral received the Critics' Award and the Alejo Carpentier Award in 2012 and was published in English by FSG in 2020. Gala also won the 2018 Ñ Prize of the City of Buenos Aires-Clarín for Call Me Cassandra. He lives in Buenos Aires and Cienfuegos.

The daughter of Cuban exiles, Anna Kushner was born in Philadelphia and has been traveling to Cuba since 1999. In addition to The Black Cathedral and Call Me Cassandra, she has translated the novels of Norberto Fuentes, Leonardo Padura, Guillermo Rosales, and Gonçalo M. Tavares, as well as two collections of nonfiction by Mario Vargas Llosa.
Loading...
or
Not Currently Available for Direct Purchase