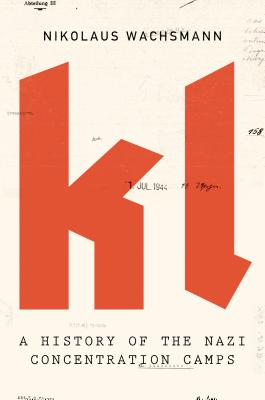 In KL, Wachsmann fills this glaring gap in our understanding. He not only synthesizes a new generation of scholarly work, much of it untranslated and unknown outside of Germany, but also presents startling revelations, based on many years of archival research, about the functioning and scope of the camp system. Examining, close up, life and death inside the camps, and adopting a wider lens to show how the camp system was shaped by changing political, legal, social, economic, and military forces, Wachsmann produces a unified picture of the Nazi regime and its camps that we have never seen before.

“Brilliant . . . Wachsmann writes fluently and stylishly . . . even on the harrowing subject of concentration camps, his work is eminently readable . . . [KL] is the first comprehensive study of the camps, based on mastery of a huge literature and stupendous research in many parts of the world. Its value lies in no small measure in the way it weaves together the history both of the perpetrators and of the victims . . . The value of the book transcends its own topic, centrally important though that is. It offers, in fact, a corrective to recent trends of interpretation of the Third Reich.” —Sir Ian Kershaw, The Telegraph (UK)

Nikolaus Wachsmann is a professor of Modern German History at the University of London and the author of Hitler's Prisons: Legal Terror in Nazi Germany.
Loading...
or support indie stores by buying on
(This book is on backorder)