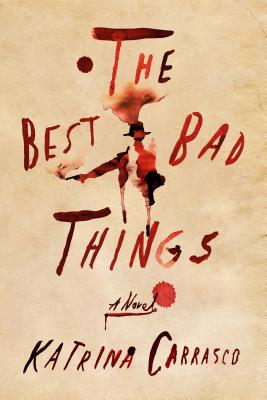 “Brazen, brawny, sexy . . . full of unforgettable characters and insatiable appetites. I was riveted. Painstakingly researched and pulsing with adrenaline, Carrasco’s debut will leave you thirsty for more.” —Lyndsay Faye, author of The Gods of Gotham


Praise For The Best Bad Things: A Novel…

Katrina Carrasco holds an MFA in fiction from Portland State University, where she received the Tom and Phyllis Burnam Graduate Fiction Scholarship and the Tom Doulis Graduate Fiction Writing Award. Her work has appeared in Witness magazine, Post Road Magazine, Quaint Magazine, and other journals. The Best Bad Things is her first novel.
Loading...
or
Not Currently Available for Direct Purchase