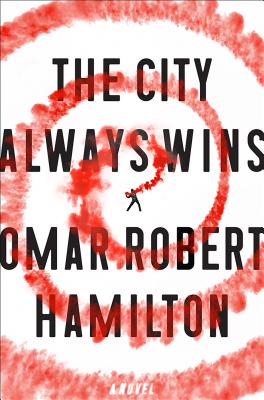 We've been doing the same thing for hundreds of years. Marching, fighting, chanting, dying, changing, winning, losing . This time will be different. This time the future can still be made new.

But as regimes crumble and the country shatters into ideological extremes, Khalil and Mariam’s commitment—to the ideals of revolution and to one another—is put to the test.

From the highs of street battles against the police to the paralysis of authoritarianism, Omar Robert Hamilton’s bold debut cuts straight from the heart of one of the key chapters of the twenty-first century.Arrestingly visual, intensely lyrical, uncompromisingly political, and brutal in its poetry, The City Always Wins is a novel not just about Egypt’s revolution, but also about a global generation that tried to change the world.


Praise For The City Always Wins: A Novel…

“Omar Hamilton brings vividly to life the failed revolution of 2011 on the streets of Cairo, in all its youthful bravery and naive utopianism.” —J. M. Coetzee

“Fucking incredible, and this is without hyperbole. Hamilton has created both an unsparing psychological portrait of a generation—a generation that could just about see a new world through the tear gas—and a poetic, searing depiction of a revolution betrayed.” —Molly Crabapple

“I finished The City Always Wins with fascination and admiration. It gives a picture of the inside of a popular movement that we all saw from the outside, in countless news broadcasts and foreign-correspondent reports, a picture so vivid and powerful that it gives a passionate life and reality to what might have been perceived only as abstract principles. A thousand vivid details imprint themselves on the reader’s memory: it will be a long time before we read anything so skillfully brought to life.” —Philip Pullman

“Few writers could capture the frenetic speed of an internet-fueled uprising alongside the time-stopping corporeal reality of bullet-ridden bodies, all while never losing sight of the love that powered Egypt’s revolutionary moment. Omar Robert Hamilton can do all that and more. Crossing borders and generations, he brings us into the movement’s effervescent hope and its crushing heartbreak, probing timeless questions about what the living owe to the dead. Unbearable. Unmissable. A dazzling debut.” —Naomi Klein, author of The Shock Doctrine and This Changes Everything

“From the chaos and torment of a revolution and the perpetual struggle with despotism, Omar Robert Hamilton has drawn a novel of great emotional and intellectual power. The City Always Wins is a rare fiction that reminds us, with its wisdom about violence and inequality, grief and loss, how politics is for many today a way to live—and die.” —Pankaj Mishra, author of Age of Anger

“The hope, the excitement, the arrogance, the disillusionment, the renewal of hope—this novel is fast, thought-provoking and hugely entertaining.” —Roddy Doyle

"Explosive . . . The City Always Wins powerfully transmits the hope and despair of Egypt’s Tahrir Square generation, and the bravery and willingness of its members to keep fighting in the face of insurmountable obstacles. Mr. Hamilton plunges us into an important moment in recent history and makes us think about it anew. While the novel’s political message is clear, its tone is never hectoring, and its journalistic attention to detail never didactic . . . one of the defining novels of the Arab Spring." —Toby Lichtig, Wall Street Journal

"Omar Robert Hamilton's The City Always Wins is a vivid, powerful portrait of Egypt's failed revolution in 2011. Through the eyes of Mariam and Khalil, two young people fighting at the front lines of the revolution in the streets of Cairo and its political underground, The City Always Wins is an urgent and relevant work that captures the realities of class friction, war, torture, and dictatorships." —Jarry Lee, Buzzfeed

“A breakneck history of the revolution that began in Tahrir Square . . . Much of Hamilton’s book moves at a blistering pace, and he proves a worthy guide to the notable events captured here.” —Publishers Weekly

“Two reporters covering Egypt after the Arab Spring collide with ignorance, crackdowns, and tragedy . . . A well-informed, earnest tale of life during a flailing revolution.” —Kirkus

“This powerful debut novel takes readers from the streets where a revolution gets acted out - one that did happen in real life, real time, not that many years ago. Carrying both urgency and the distilled eye of literature to bear here, Omar Robert Hamilton vividly writes of the struggles these people enact, conveying the scope of lives lived as individuals and families, and the larger social and political fabric that they are part of. Given the state of things as they still are in Egypt, The City Always Wins also acts as an eloquent bearer of witness for what has happened there, with repercussions we increasingly feel here.”—Rick Simonson, Elliott Bay Book Company

Omar Robert Hamilton is an award-winning filmmaker and writer. Based in Cairo and New York, he has written for The Guardian, the London Review of Books, and Guernica. He is cofounder of both Mosireen, a Cairo media collective formed in 2011, and the Palestine Festival of Literature. The City Always Wins is his debut novel.
Loading...
or
Not Currently Available for Direct Purchase