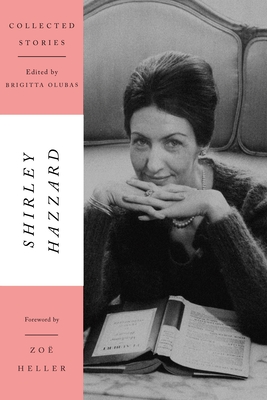 "Hazzard manages to convey that there’s much more beyond the platitudes we tell ourselves, that human emotions — love, pain, jealousy, grief — are never as neat and manageable as we tell ourselves . . . Hazzard understood the human condition in all its contradiction, all its messiness, like few others. “Collected Stories” is certainly essential for admirers of the author, but it’s also a wonderful read for anyone who loves fiction that delights and enlightens, challenges and rewards." —Michael Schaub, The Boston Globe

"This new volume offers fans of Hazzard’s much-loved, prize-winning novels, “The Transit of Venus” (1980) and “The Great Fire” (2003), a chance to look back at her development as a writer. And what an exquisitely polished writer she was, at once serious and bitingly funny, a master of both the plush, well-rounded sentence and the oblique takedown . . . To dismiss these revelatory, human stories as fusty relics would be merciless — and unaccountable." —Heller McAlpin, The Los Angeles Times

"Hazzard’s stories are shrewd, formal and epigrammatic. One feels smarter and more pulled together after reading them . . . Hazzard’s stories feel timeless because she understands, as she writes in one of them: 'We are human beings, not rational ones.'” —Dwight Garner, The New York Times Book Review

"In Collected Stories, we see Hazzard practicing the floor routines of her later novels, sticking all the landings if not always having yet worked out the full choreography. The erudite similes and lethally precise adjectives are there, as are the astute observations about domestic phenomena. The sentences of shocking wisdom appear freakishly often . . . The intellectual thrill of her work arises from her ability to describe the small, constituent particles of emotional matter we typically consider irreducible." —Alice Gregory, The New Yorker

"To read the rigorous formalism of Shirley Hazzard . . . is to discover the apostate’s pleasure upon returning to the faith. Her works—whole, cruelly exacting, consoling in their grace and precision if not their ultimate outcomes—are monuments to fiction’s disappearing pieties . . . She is the master of the offhand, psychologically acute detail that reveals a character’s diminished circumstances, be they moral, sexual, or material." —Dustin Illingworth, The Nation

"Hazzard, who died in 2016, is best known as the author of two magnificent, intricate novels, The Transit of Venus (1980) and The Great Fire (2003). The stories collected here offer a perfect introduction to her astringent sensibility . . . Sharply intelligent, nuanced, precise, and subtly hilarious.” —Kirkus Reviews (starred review)

Brigitta Olubas is a professor of English at the University of New South Wales, Sydney. Her recent books are We Need Silence to Find Out What We Think: Selected Essays by Shirley Hazzard and, with Elizabeth McMahon, Elizabeth Harrower: Critical Essays.