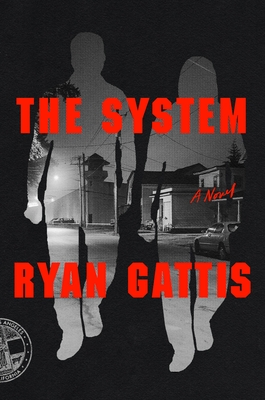 “Gripping, meticulously researched, and smartly plotted, I devoured this brilliant novel over the course of a weekend.” —Paula Hawkins, author of Into the Water

“Fascinating, moving, and so very, very real. It grabbed me by the heart and mind from page one and never let me go.” —Marcia Clark, author of The Final Judgment

An electrifying, multi-voiced thriller tackling our criminal justice system, from the writer Michael Connelly has called “one of our most gifted novelists.”

On December 6, 1993, a drug dealer called Scrappy is shot and left for dead on the lawn outside her mother’s house in South Central Los Angeles. Augie, a heroin addict, witnesses the whole thing—before he steals all the drugs on her person, as well as the gun that was dropped at the scene. When Augie gets busted, he names local gang members Wizard and Dreamer the shooters.

But only one of them is guilty.

A search of Wizard and Dreamer’s premises uncovers the gun that was used in the shooting, and a warrant goes out for their arrest. They know it’s a frame-up, but the word from the gang is to keep their mouths shut and face the charges.

With these two off the streets and headed for jail, Dreamer’s friend Little, the unlikeliest of new gang members, is given one job: discover how the gun got moved, and why.

Played out in the streets, precincts, jails, and courtrooms of Los Angeles, Ryan Gattis's The System is the harrowing story of a crime—from moments before the bullets are fired, to the verdict and its violent aftershocks—told through the vivid chorus of those involved, guilty, the innocent, and everyone in between.


Praise For The System: A Novel…

"There are so many subgenres of crime fiction, all with their own traditions and tropes, that mastering any one of them could entail a lifetime of writing. But in The System, Ryan Gattis seems to capture the lion’s share of them. His fifth novel powerfully illuminates every corner of the law-and-order universe—from drive-by shootings to cops to courts, from corrections officers to parole agents and beyond."
—Paula L. Woods, The Los Angeles Times

"Ryan Gattis has written another spectacular, multi-POV stunner, this time interweaving the stories of two young men, one innocent, one guilty, and the cop who sent them both to prison. Gattis is one of the 21st century’s greatest disciples of classic noir, and The System promises to be as world-weary and lyrical as any crime fiction lover could ask for."
—Molly Odintz, CrimeReads

‘The title of award-winning novelist Ryan Gattis’s latest book, The System, refers to the apparatus of American criminal justice from street to courtroom, seen here through the eyes of everyone involved, be they perpetrator, victim, family member or law-enforcement professional, in first person monologues. Everyone has their own agenda – and the scales are weighted . . . Pacy, immersive and vivid, with strong characterisation and no punches pulled, this is an utterly riveting read’
—Laura Wilson, Guardian, Books of the Month

‘Attempting, Law & Order-style, to illuminate the workings of the US justice system by following an attempted murder case from initial investigation to trial . . . The book is the fruit of six years’ research and there are all sorts of details that ring true . . . the most compelling courtroom drama I have read this year.’
—Jake Kerridge, Sunday Telegraph, Novel of the Week

‘The novel follows Ryan Gattis’s previous books in sketching a portrait of Nineties LA to sit alongside that of James Ellroy’s depiction of it in the Forties . . . so finely nuanced are the individual voices and so visceral in particular are the scenes of prison life, with its hierarchies and fault lines, that the writing accumulates a heft that forces you to care’
—James Owen, The Times, Thriller of the Month

‘A crime novel and a novel of social criticism . . . the trial scenes which occupy the last third of the novel are excellent, lucid, intelligent and utterly gripping . . . One should add that this is possible only because the groundwork had been well laid by intelligent and cunning plotting . . . The System is a crime novel and a thriller, but, like the best in the genre, is invites you to think as well as feel’
—Allan Massie, Scotsman

‘Ryan Gattis, whose two previous novels were also set in LA, has a firm grasp on his subject matter. Through multiple narrators, he tells a muscular, rousing tale of injustice, systemic racism and the desperation of those chunks of urban America abandoned by local and national government.’
—Paul Connolly, Metro

‘It is superb. It’s weighty, authentic to its bone marrow, questioning and thoughtful . . . I am in awe of Gattis’s plotting, characters, sense of pace and most of all his ear for language and diction and dialect . . . The novel – like all his writing – has a strong social conscience, but its polyphony means that it takes too many sides to ever take sides . . . As a reader, a novelist and as a citizen who sees our best hope for survival is to walk a mile in the shoes of others, I massively enjoyed the book and I hope it gains a wide, wide readership. The System reinvigorates my idea of what fiction is capable of being.’
—David Mitchell, author of Cloud Atlas

"A devastating portrait of the criminal network operating from jails . . . This is a story with great resonance for today."
—Publishers Weekly

“Follow an unforgettable cast of characters as they navigate The System in Ryan Gattis’s pacy, polyphonic, hyper-real crime novel. Gripping, meticulously researched, and smartly plotted, I devoured this brilliant novel over the course of a weekend.”
—Paula Hawkins, author of Into the Water and The Girl on the Train

“The System is an odyssey through a legal system you know but you don’t know. It goes beyond the lawyer shows, cop shows, expert opinions, and headline cases, revealing a clinking, clanking, jury-rigged system that inadvertently seeks justice with a veracity that pulses with life. The ensemble of characters is fictional but not made up. Most are L.A. gangsters portrayed with an uncanny, documentary-like accuracy and grit. You’re not reading about them; you’re with them in a culture as accessible as a bus ride, yet as bizarre and byzantine as any you’ve seen on the Discovery Channel. The dialogue isn’t dialogue; it’s what you’d actually hear—on the street, in a courtroom, on the prison yard. And so it is with the entire book, sweeping and specific, an overview in exactitude, its relevance and insight transforming an excellent thriller into a historical document.”
—Joe Ide, author of the IQ series

“An heir to Richard Price and Upton Sinclair, Ryan Gattis ingeniously casts deeply researched novels of social protest as page-turning crime fiction. The System is grade-A Gattis, by which I mean totally authentic, whether we’re cutting corners with a conflicted cop or following a reluctant gangster into a terrifying prison war. This book blew my mind.”
—Dan Slater, author of Wolf Boys: Two American Teenagers and Mexico’s Most Dangerous Drug Cartel

“The System is as real as it gets—often brutal, but a beautifully written reality of not only life on the street, but also getting caught up or working in the justice system. Absolutely brilliant how Ryan Gattis was able to accomplish such streetwise authenticity. It makes one wonder whether he lived the life on one side or the other.”
—David Swinson, author of The Second Girl and Trigger

“The System took me back, powerfully, to my incarceration in the early nineties. Wow. I relate so much to this book, it’s painful. I could swear I did time with one of these characters in County. That’s how real this novel is. I had to keep reminding myself it was fiction. Front to back, it’s not just an incredible work, it’s an experience. Especially for those with no idea what it’s like to be inside.”
—Gustavo “Goose” Alvarez, author of The Pawn and coauthor of Prison Ramen

“A stunning and unique achievement. The System’s panoramic approach—eschewing one main character for a whole set of people associated with a crime—sets it apart and shows how a single crime reverberates through a whole community. At the center of this dark story is a tale of redemption, an examination of loyalty, and a love song for family bonds. It’s brilliantly done.”
—Patrick Hoffman, author of Clean Hands

“The System is a tour de force that shatters all the usual categories: It is a page-turner, but one you will want to read slowly in order to savor every gorgeous sentence. It’s got bad guys and good guys, but you’re never quite sure who belongs in which category. And if a novel is magical when you feel like you know the characters intimately and like them despite the fact that they are mostly people you would ordinarily cross the street to avoid, then Ryan Gattis is a magician.”
—David R. Dow, author of Confessions of an Innocent Man

Ryan Gattis is the author of Kung Fu High School, All Involved, and Safe. His books have received the American Library Association’s Alex Award, the Lire Award for Noir of the Year in France, and the First Annual McIntyre’s Fine Books Mystery Prize. Gattis lives and writes in Los Angeles, where he is a member of the street art crew UGLARworks and a founding board member of 1888, a Southern California literary arts non-profit.
Loading...
or
Not Currently Available for Direct Purchase