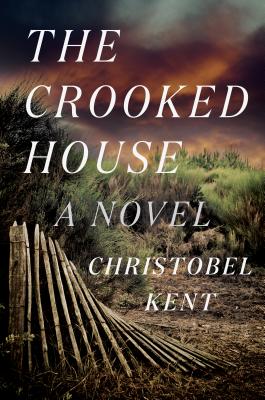 "A taut psychological thriller, loaded with mood, and a puzzle tricky enough to keep you guessing to the final page" —The Washington Post

In the chilling tradition of Daphne du Maurier and with the acuity of Kate Atkinson comes an atmospheric psychological thriller about an isolated British village and the sinister abandoned house that holds the key to its most shameful secrets.

Alison is as close to anonymous as you can get: she has no ties and no home, and her only anchors are her boyfriend and her small backroom job in publishing. Which is exactly how she wants it. Because once, Alison was a teenager named Esme who lived in a remote, dilapidated house by a bleak estuary with her parents and three siblings. One night something terrible happened in the family’s crooked house, leaving Alison the only survivor. In order to escape from the horror she witnessed, she moved away from the village, changed her name, and cut herself off from her past.

But now her boyfriend has invited her to a wedding being held in her old hometown, which means returning there for the first time since that night. She decides that she’s never going to overcome the trauma of what happened to her without confronting it, so she accepts his invitation. But soon Alison realizes that the events of that night left their awful mark not just on her but on the entire village, and she begins to suspect that everyone there might somehow be implicated in her family’s murder.

Christobel Kent’s The Crooked House is a haunting thriller about one woman’s search for the truth about her past through a closed community full of dark secrets.


Praise For The Crooked House: A Novel…

"The Crooked House is a weird, excellent literary thriller, equal parts psychological profile and twisty, nasty plot. Its first two-thirds are subtle, heartbreaking, and grim; the last third descends into the sort of suspenseful page-turner that puts in the physical integrity of the novel's spine at risk. The estuary where the majority of the novel is set is a moody and atmospheric place, and every sentence jangles with unspent violence." —Carmen Maria Machado, NPR

“A taut psychological thriller, loaded with mood, and a puzzle tricky enough to keep you guessing to the final page . . . Kent’s book is a delightful reminder that absorbing and clever crime novels still exist . . . The Crooked House is a well-constructed tale with a clever premise and a strong sense of atmosphere." —Carrie Dunsmore, The Washington Post

"[Her] pages are stalked . . . by suspicion, treachery and paranoia.” —Minneapolis Star Tribune

“What’s not to love about a chilling psychological thriller featuring a claustrophobic English seaside town, the heroine the sole survivor of a family massacre, and her intriguing relationship with an older, slightly dominating man? Comparisons to Daphne du Maurier’s Rebecca are apt for Kent’s most recent stand-alone novel.” —Victoria Caplinger, Library Journal (starred review)

“The Crooked House is a high-strung thriller set in a small community unwilling to acknowledge a past it doesn’t want to face. Christobel Kent writes with assurance, pulling emotion from her characters and readers alike, and keeping the tension high. She has a rare knack for the eerie.” —Book Reporter

"A suspenseful ride with a gutsy heroine." —Publishers Weekly

“The back-and-forth shuttling between present and past will intrigue readers.” —Booklist

“Demands to be devoured in one sitting.” —Joanne Finney, Good Housekeeping (U.K.)

“A Daphne du Maurier set-up, but updated, influenced by Agatha Christie, too, and transposed to the coastal Suffolk of P. D. James. While Kent handles her mystery plot and large ensemble adroitly, what is most memorable is the atmosphere of the novel’s estuarine world, where everything seems muddy, shifting and treacherous.” —John Dugdale, The Sunday Times (London)

“A tense, gripping thriller, and utterly compulsive. I loved it.” —S. J. Watson, author of Before I Go to Sleep

Christobel Kent was born in London and grew up in London and Essex, including a stint on the Essex coast on a Thames barge with three siblings and four step-siblings, before reading English at Cambridge. She has worked in publishing and TEFL teaching, and has lived in Modena, in northern Italy, and in Florence. She has written several novels set in Italy, including The Drowning River and A Murder in Tuscany, and lives in Cambridge with her husband and five children.
Loading...
or
Not Currently Available for Direct Purchase