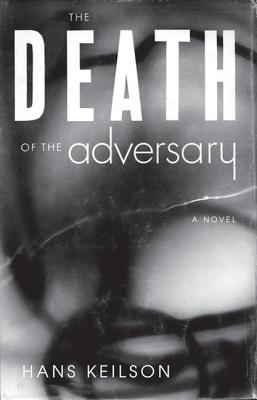 The Death of the Adversary

Written while Hans Keilson was in hiding during World War II, The Death of the Adversary is the self-portrait of a young man helplessly fascinated by an unnamed "adversary" whom he watches rise to power in 1930s Germany. It is a tale of horror, not only in its evocation of Hitler's gathering menace but also in its hero's desperate attempt to discover logic where none exists. A psychological fable as wry and haunting as Badenheim 1939, The Death of the Adversary is a lost classic of modern fiction.


Praise For The Death of the Adversary: A Novel…

“For busy, harried or distractible readers who have the time and energy only to skim the opening paragraph of a review, I'll say this as quickly and clearly as possible: The Death of the Adversary and Comedy in a Minor Key are masterpieces, and Hans Keilson is a genius . . . Although the novels are quite different, both are set in Nazi-occupied Europe and display their author's eye for perfectly illustrative yet wholly unexpected incident and detail, as well as his talent for storytelling and his extraordinarily subtle and penetrating understanding of human nature. But perhaps the most distinctive aspect they share is the formal daring of the relationship between subject matter and tone. Rarely has a finer, more closely focused lens been used to study such a broad and brutal panorama, mimetically conveying a failure to come to grips with reality by refusing to call that reality by its proper name . . . Rarely have such harrowing narratives been related with such wry, off-kilter humor, and in so quiet a whisper. Read these books and join me in adding him to the list, which each of us must compose on our own, of the world's very greatest writers.” —Francine Prose, The New York Times Book Review

“A welcome reissue of a classic . . . This psychologically subtle and acute account of denial in the face of Hitler's rise to power received strong acclaim before disappearing from print. With the celebration last year of the 100th birthday of Keilson . . . the novel has lost none of its insidious power . . . The narrative recalls the existential depth of Camus and the fabulist absurdity of Kafka or Beckett.” —Kirkus Reviews (starred review)

“The power of the unsaid haunts this devastating novel . . . A profoundly affecting exploration of the inextricable nature of love and hate, friend and enemy, Keilson's work . . . is as stimulating today as it was half a century ago.” —Publishers Weekly

“Since Adolf Hitler, an outpouring of writing has tried to explain the violence that human beings do to one another . . . Perhaps the profoundest explanation to date comes from the pen of a Jewish writer driven from Germany in 1936 and now living in Holland. Hans Keilson's novel subtly and eloquently probes the ambivalent relation of victim with aggressor . . . Keilson traces the growth of hatred in his leading character as other writers trace love or self-knowledge.” —Time, Best Books of 1962

Hans Keilson is the author of Comedy in a Minor Key and The Death of the Adversary. Born in Germany in 1909, he published his first novel in 1933. During World War II he joined the Dutch resistance. Later, as a psychotherapist, he pioneered the treatment of war trauma in children. He died in 2011 at the age of 101.
Loading...
or
Not Currently Available for Direct Purchase