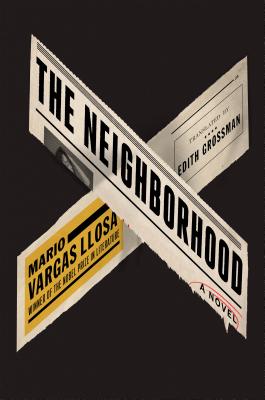 One day Enrique, a high-profile businessman, receives a visit from Rolando Garro, the editor of a notorious magazine that specializes in salacious exposés. Garro presents Enrique with lewd pictures from an old business trip and demands that he invest in the magazine. Enrique refuses, and the next day the pictures are on the front page. Meanwhile, Enrique’s wife is in the midst of a passionate and secret affair with the wife of Enrique’s lawyer and best friend. When Garro shows up murdered, the two couples are thrown into a whirlwind of navigating Peru’s unspoken laws and customs, while the staff of the magazine embark on their greatest exposé yet.

Ironic and sensual, provocative and redemptive, the novel swirls into the kind of restless realism that has become Mario Vargas Llosa’s signature style. A twisting, unpredictable tale, The Neighborhood is at once a scathing indictment of Fujimori’s regime and a crime thriller that evokes the vulgarity of freedom in a corrupt system.


Praise For The Neighborhood: A Novel…

“Mixing a flair for pulpy dialogue and even pulpier characters, Vargas Llosa manages to convey empathy for that seediest of figures, the tabloid journalist. In venturing into genre territory, Nobel Prize–winner Vargas Llosa finds a sweet spot with this textured thriller that will appeal both to his established audience of literary-fiction readers and to fans of international crime novels.” —Booklist, starred review

“Reminiscent of Pynchon’s Inherent Vice in its use of genre fiction for higher purposes, this is an audacious and skillful novel." —Publisher's Weekly

"...this work is both crime thriller and social commentary and will keep fans of Nobel Laureate Vargas Llosa happy." —Barbara Hoffert, Library Journal