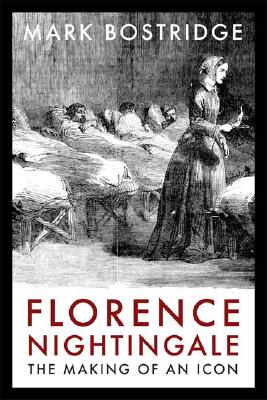 The Making of an Icon

The common soldier’s savior, the standard-bearer of modern nursing, a pioneering social reformer: Florence Nightingale belongs to that select band of historical characters who are instantly recognizable. Home-schooled, bound for the life of an educated Victorian lady, Nightingale scandalized her family when she found her calling as a nurse, a thoroughly unsuitable profession for a woman of her class.  As the “Lady with the Lamp,” ministering to the wounded and dying of the Crimean War, she offers an enduring image of sentimental appeal. Few individuals in their own lifetime have reached the level of fame and adulation attained by Nightingale as a result of her efforts. Fewer still have the power of continuing to inspire controversy in the way she does almost a century after her death.  In this remarkable book, the first major biography of Florence Nightingale in more than fifty years, Mark Bostridge draws on a wealth of unpublished material, including previously unseen family papers, to throw new light on this extraordinary woman’s life and character. Disentangling elements of myth from the reality, Bostridge has written a vivid and immensely readable account of one of the most iconic figures in modern history.

Mark Bostridge was born in 1961 and was educated at Oxford University. His biography of Vera Brittain, co-authored with Paul Berry, was selected as a book of the year by "The Independent." He lives in England.
Loading...
or
Not Currently Available for Direct Purchase