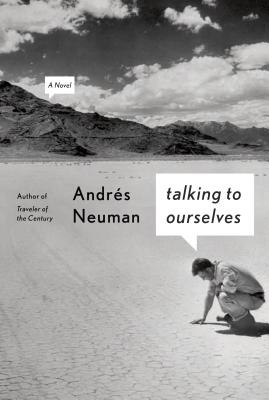 Lito is ten years old and is almost sure he can change the weather when he concentrates very hard. His father, Mario, anxious to create a memory that will last for his son's lifetime, takes him on a road trip in a truck called Pedro. But Lito doesn't know that this might be their last trip: Mario is gravely ill. Together, father and son embark on a journey takes them through strange geographies that seem to meld the different parts of the Spanish-speaking world. In the meantime, Lito's mother, Elena, restlessly seeks support in books, and soon undertakes an adventure of her own that will challenge her moral limits. Each narrative—of father, son, and mother—embodies one of the different ways that we talk to ourselves: through speech, through thought, and through writing. While neither of them dares to tell the complete truth to the other two, their individual voices nonetheless form a poignant conversation.

Sooner or later, we all face loss. Andrés Neuman movingly narrates the ways the lives of those who survive loss are transformed; how that experience changes our ideas about time, memory, and our own bodies; and how the acts of reading, and of sex, can serve as powerful modes of resistance. Talking to Ourselves presents a tender yet unsentimental portrait of the workings of love and family; a reflection both on grief and on the consolation of words. Neuman, the author of the award-winning Traveler of the Century, displays his characteristic warmth, bittersweet humor, and wide-ranging intellect, giving us the rich, textured, and strikingly different voices and experiences of three singular characters while presenting, above all, a profound tribute to those who have ever had to care for a loved one.


Praise For Talking to Ourselves: A Novel…

“Neuman is one of the rare writers who can distill the most complex human emotions with apparent effortlessness. Bolaño's prophecy seems to have come true: Andrés Neuman has transcended the boundaries of geography, time, and language to become one of the most significant writers of the early twenty-first century.” —Alex McElroy, Music and Literature

“This triptych of a dying man's commitment to his family and their response will infuse readers with its poignant, realistic experience.” —Lawrence Olszewski, Library Journal

“[A] gem of a novel, Talking to Ourselves is a profound meditation on illness, death and bereavement and brilliantly illustrates literature's ability to help readers confront and understand mortality . . . Neuman is a master craftsman.” —Lucy Popescu, The Independent

“This is writing of a quality rarely encountered, which actually feels as though it touches on reality, translating something experienced into words, without loss of detail or clarity. That shouldn't be rare but when you read Neuman's beautiful novel, you realise a very high bar has been set.” —Jane Housham, The Guardian

“An exceptional work of considerable emotional breadth. While the story itself may well be dolorous, it radiates with an authenticity that can often be elusive in fiction. There's a vibrancy and liveliness to Neuman's writing (as well-evidenced, too, in Traveler of the Century) that is irresistible. Even if one were not captivated by his arresting tale, persuasive characters, or sonorous prose, the impassioned effects of his storytelling are inescapable.” —Jeremy Garber, Three Percent

“At the heart of this braided tale is a profound grief, but at the heart of that grief is the ecstatic joy of living. We come to see how lives are built out of passing detail, the flicker of small incidents, the intervention of literature, and the trace of forgotten things. Talking to Ourselves is both brilliant and wise, and Andrés Neuman is destined to be one of the essential writers of our time.” —Teju Cole, author of Open City

“Neuman's first novel to be translated into English, Traveler of the Century, was an enormous feat of fabulism, and was critically acclaimed when it appeared here in 2012. Talking to Ourselves demonstrates Neuman's range by running in completely the opposite direction. This comparatively short work is set in the present day, and alternates among the voices of three family members. For those who missed Traveler of the Century, it may be an equally potent introduction to Neuman's work.” —The Millions

“Appealing to both intellect and emotion, this splendid novel from Neuman (Traveler of the Century) grapples with important questions and features well-developed, nuanced characters . . . Joy, regret, hope--it's all here.” —Publishers Weekly (starred review)

“A novelist of rare talent . . . at the book's end, the reader wishes for more pages: to see Lito grow up, to see if Elena remakes her life . . . That happens when the writer has the touch of a poet.” —Grazia Giordani, L'Arena

“There are many reasons to love Andrés Neuman . . . The biggest reason is, of course, his writing. In Talking to Ourselves . . . he gives a luminous confirmation of this . . . Each character talks to himself, but in the end they speak for all of us.” —Riccardo Staglianò, La Reppublica

“An exciting and risky literary adventure, brought to life with remarkable stylistic subtlety . . . Rich, complex, and playful, this novel by Andrés Neuman is, by far, one of the most valuable and stylistically substantial literary works I've read in recent years.” —Carlo Algeri, El Gran Otro

“[Neuman] is not only capable of navigating different genres, writing works both long or short, and locating himself in eras both distant or contemporary, he also has a great delicacy in taking the reader by the hand to the frontiers of pain.” —Elena Méndez, Siempre México

Andrés Neuman was born in 1977 in Buenos Aires, Argentina, and grew up in Spain. He has a degree in Spanish philology from the University of Granada. Neuman was selected as one of Granta’s Best of Young Spanish-Language Novelists and was elected to the Bogotá-39 list. Traveler of the Century was the winner of the Alfaguara Prize and the National Critics Prize, Spain’s two most prestigious literary awards.
Loading...
or
Not Currently Available for Direct Purchase