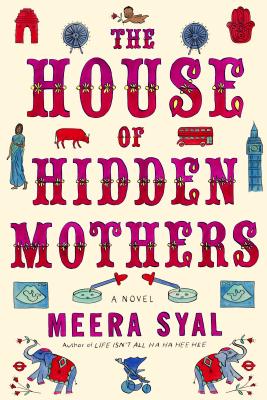 The House of Hidden Mothers

LIFE HASN’T ALWAYS BEEN EASY for Shyama, a British Indian woman in her mid-forties whose husband abandoned her when their daughter was still young, but she has finally found happiness with Toby, a man ten years her junior. She and Toby want to have a child together, but her doctor tells her that her womb has become inhospitable. (“An inhospitable womb! There, she had been looking for a title for her autobiography.”) So Shyama and Toby decide to take advantage of the Indian surrogacy boom. Meanwhile, four thousand miles away in rural India, a young woman named Mala, who’s married to an abusive older man, learns from her newly wealthy neighbor about the riches to be acquired by acting as a surrogate for an international couple, and she thinks she has found her ticket out of poverty. As Shyama’s and Mala’s lives begin their journey toward each other, the two women soon discover that a simple arrangement may be far more complicated than it once seemed.

In The House of Hidden Mothers, the British actress and playwright Meera Syal has penned a confrontational and ultimately heartbreaking cautionary tale about the Indian surrogacy industry. Beneath the fast-paced narrative, the warm wit, and the characters whose emotional journeys grip you from the very first page run piercing insights on youth and age, wealth and poverty, love, sex, joy, and power. Spanning the distance from London to New Delhi, this ambitious and beautifully written novel immerses you in a devastating story of friendship, family, and the lengths we will go in order to have a perfect life.


Praise For The House of Hidden Mothers: A Novel…

Praise for The House of Hidden Mothers

“Beneath the pacey narrative and emotional journeys thrum observations about youth and age, East and West, wealth and poverty, love and sex, pain, joy and resilience . . . Syal’s writing is . . . contemplative and layered . . . A delicately written, profound study of the female condition in the rich world and the poor.” —Yasmin Alibhai-Brown, The Independent

“Alternately hilarious and scathing, occasionally poignant, Syal’s tale sheds much light on growing up in British Indian society . . . Syal manages to hold the reader’s interest through her energetic prose and biting commentary about people and places.”
—Bharti Kirchner, The Seattle Times

“The great strength of [Syal’s] second novel is a rich, glorious prose that never ceased to delight me.” —Patrick Anderson, The Washington Post

“Syal deftly captures the growing pains of second-generation Indian women . . . As they struggle to liberate themselves without disowning their culture—or each other—the women, by turns maddening and endearing, become vibrantly alive.” —People

Meera Syal, a British-born Indian, is a writer and actress. Her first novel, Anita and Me, won a Betty Trask award and was short-listed for the Guardian Fiction Prize. She lives in London.
Loading...
or
Not Currently Available for Direct Purchase