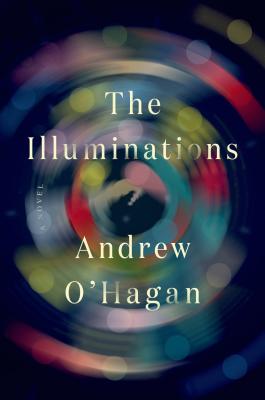 Longlisted for the 2015 Man Booker Prize

The Illuminations, the fifth novel from Andrew O'Hagan, a writer "of astonishingly assured gifts" (The New York Times Book Review), is a work of deeply charged beauty--and one that demonstrates, with poignancy and power, that no matter how we look at it, there is no such thing as an ordinary life.

Anne Quirk's life is built on stories--the lies she was told by the man she loved and the fictions she told herself to survive. Nobody remembers Anne now, but in her youth she was an artistic pioneer, a creator of groundbreaking documentary photographs. Her beloved grandson Luke, a captain with the Royal Western Fusiliers in the British army, has inherited her habit of transforming reality. When his mission in Afghanistan goes horribly wrong, he returns to Scotland, where the secrets that have shaped his family begin to emerge. He and Anne set out to confront a mystery from her past among the Blackpool Illuminations--the dazzling lights that brighten the seaside town as the season turns to winter.


Praise For The Illuminations: A Novel…

“Andrew O'Hagan has created a story that is both a howl against the war in Afghanistan and the societies that have blindly abetted it, and a multilayered, deeply felt tale of family, loss, memory, art, loyalty, secrecy and forgiveness.” —Dani Shapiro, The New York Times Book Review

“[The Illuminations] moves with bold, imaginative daring and a troubled intensity between men at war and women with their children, between Scotland and Afghanistan, between photography and fiction, and between memory and secrets . . . The virtuosity of the novel, and also its riskiness, is in the violent contrast between the world of women, families and art, and the world of war . . . [The Illuminations] is using the real world to ask real, difficult and important questions: about how the truth gets reshaped and rearranged, and about whether, under every kind of circumstance, it is possible to be true to yourself.” —Hermione Lee, The Guardian

“It's a measure of O'Hagan's compassion that after balancing these stories of war and family - braving the battlefield and braving the passing of time - the ultimate note is hopeful and almost gentle, of something that seems real and vital.” —Lucy Daniel, The Telegraph

“[The Illuminations] is immensely generous and wholly committed to conveying the complex intelligence of its large and varied cast of characters. The men and women who meet in these pages are as full of contradictions, and as mysterious to others--and to themselves--as real human beings . . . The novel is at once dramatically plotted and leisurely enough to sustain a series of meditations on consciousness, memory, loyalty, identity, friendship, love, and history . . . The Illuminations misses nothing, and we can be grateful for the energy and the intelligence with which O'Hagan has presented us with the complexity of human consciousness, and has managed to convey both the beauty and the harshness of the world in which his characters--and his readers--live.” —Francine Prose, Prospect

“Andrew O'Hagan could well win the Man Booker prize of this, his fifth work of fiction. Myself I'd give The Illuminations two Bookers . . . You could argue (as I would) that only in fiction as good as this will you find war, sex, nationalism and the care of the elderly, truthfully handled. The illuminations is a novel which validates the greatness of fiction in hands as masterly as Andrew O'Hagan. Read it and see what I mean.” —John Sutherland, The Times (UK)

“As if it is not enough that Andrew O'Hagan can write like an angel, one has to add that he does it in the style of an intelligent angel.” —Norman Mailer on Andrew O'Hagan

“The Illuminations is a natural extension of O'Hagan's earlier work (aided in part by the reappearance of characters from previous novels) but also an elaborate and ambitious departure from it . . . with two Booker Prize-nominations to his name, [O'Hagan] is a skilled yet criminally undervalued storyteller. With luck, this masterful novel will bring him the wider readership he deserves.” —Malcolm Forbes, Star Tribune

“The Illuminations is deftly orchestrated and quietly moving . . . This British author is a master of making readers care about all of his characters. Their very flaws draw us into their inner complexity. No reader dares to cast a stone.” —Dan Cryer, The San Francisco Chronicle

Andrew O’Hagan is one of Britain’s most exciting and serious contemporary writers. He has twice been short-listed for the Man Booker Prize. He was voted one of Granta’s Best of Young British Novelists in 2003. He has won the Los Angeles Times Book Award and the E. M. Forster Award from the American Academy of Arts and Letters. He is the author of Our Fathers, Be Near Me, The Illuminations, among other books. He lives in London.
or
Not Currently Available for Direct Purchase