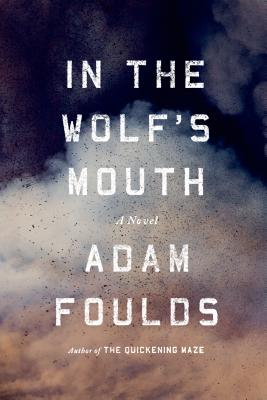 In the Wolf's Mouth

Set in North Africa and Sicily at the end of World War II, In the Wolf's Mouth follows the Allies' botched "liberation" attempts as they chased the Nazis north toward the Italian mainland. Focusing on the experiences of two young soldiers—Will Walker, an English field security officer, ambitious to master and shape events; and Ray Marfione, a wide-eyed Italian American infantryman—the novel contains some of the best battle writing of the past fifty years. Eloquent on the brutish, blundering inaccuracy of war, the immediacy of Adam Foulds's prose is uncanny and unforgettable.
The book also explores the continuity of organized crime in Sicily through the eyes of two men—Angilù, a young shepherd; and Cirò Albanese, a local Mafioso. These men appear in the prologue and in the book's terrifying final chapters, making it evident that the Mafia were there before and are there still, the slaughter of war only a temporary distraction.
In the Wolf's Mouth has achieved an extraordinary resurrection, returning humanity to the lives lost in the writing of history.


Praise For In the Wolf's Mouth: A Novel…

“Rich and vivid . . . [Foulds] is a superb stylist. His muscular sentences punch in short bursts or stream in torrents of feeling or action with precise, telling detail.” —Kate Manning, The Washington Post

“In the hands of award-winning poet Foulds, this combat narrative promises to remind us, via the revitalizing power of great writing, what war really feels and looks like.” —Daniel Lefferts, Bookish.com

“Prose that flashes like the bullets and explosions it evokes.” —Laurie Greer, Politics and Prose

“A harsh illumination of the broken mess that most war amounts to.” —John Domini, Bookforum

“Foulds has won praise for both his poetry and his fiction, and it is ultimately the precision of his language that gives the novel emotional and intellectual heft.” —The New Yorker

“Combining careful, considered prose with horrific realism, the latest from Foulds expertly renders the Allied campaigns in Italy and North Africa during WWII.” —Publishers Weekly (Pick of the Week)

“Adam Foulds writes like an angel about devilish things . . . He is fearsomely unafraid of the darkness within humans and the darkness they are capable of creating around them. The supple, sensuous beauty of his prose is bewitching: like the helpless children of Hamelin we follow wherever he chooses to lead, however horrifying the terrain, enchanted by the unstoppable flow of rich, unforgettable images.” —Rebecca Abrams, Financial Times

“Foulds acknowledged mastery as a novelist and as a poet . . . is often apparent in this book: in the ambiguous dialogues between strangers revealing unspoken intimacies, in the delicately clipped snippets of everyday life recalled in the confusion of war, in the lyrical broken-up sentences that mirror the physical and mental shattering of the ongoing slaughter.” —Alberto Manguel, The Guardian

“Adam Foulds is a young British novelist of striking talent and eclecticism. His style is first-rate, combining precision with a rich poetic imagination. He is able to do more with language, and at greater depth, than most other British novelists of his generation.” —Andrew Holgate, The Sunday Times

“On the level of the sentence, there's much to admire in this novel. Foulds has a searching eye for detail and an apparently helpless compulsion to wring imagery from his subject.” —Tim Martin, The Telegraph

“Combining careful, considered prose with horrific realism, the latest from Foulds expertly renders the Allied campaigns in Italy and North Africa during WWII . . . readers will be amazed at this deeply felt, vivid novel.” —Publishers Weekly (Pick of the Week)

“Foulds writes like no one else; while individual scenes are rendered with poetic simplicity, they fit together into an elliptical, complex plot readers will puzzle over long after finishing this novel.” —Kirkus

“It's in these battle scenes where Foulds excels. The writer manages to combine the horrors and banalities of war in the same sentence. . . . Here, Foulds, a Costa award-winning poet, matches his flair for rhythm with a skillful ownership of both his prose and a complex narrative. All delivered with a minimalist restraint.” —Will Dean, The Independent

“There is a different kind of poetry in Foulds's descriptions of battle, in the chaos of a defeated town, in the disintegration of a mind, . . . that speaks of the horrors of war but also of the legacy those horrors leave. . . . Deep, dark, demanding.” —Lesley McDowell, The Independent on Sunday

“Foulds dramatizes the confusion of the time very well. . . . Foulds's portrayal of the Mafia mentality, and how this is expressed in action, is as admirable as it is disturbing.” —Allan Massie, The Scotsman

“As well as being strong on atmosphere--the novel has some of the most vividly evoked battle scenes I've read in ages--he doesn't shy away from taking risks. . . . To cap it all he's as adept at writing about sex as he is about being shot at.” —John Preston, London Evening Standard

Adam Foulds is a British novelist and poet. His most recent books are The Quickening Maze, which was short-listed for the Man Booker Prize and won the Encore Award and the European Union Prize for Literature, and The Broken Word, which won the Costa Poetry Award and the Somerset Maugham Award. He has recently been awarded the E. M. Forster Award by the American Academy of Arts and Letters and was named one of Granta’s Best of Young British Novelists.
Loading...
or
Not Currently Available for Direct Purchase