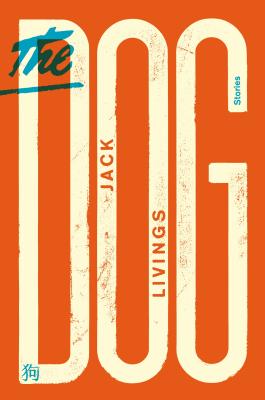 "Jack Livings's stories of China are marvels of the imagination." —Paul Harding, author of Tinkers

Set in the shifting landscape of contemporary China, Jack Livings's The Dog explodes the country's cultural and social fault lines, revealing a nation accustomed to rations, bitter struggle, and the stranglehold of communism as it confronts a generation rife with the promise of unforeseen prosperity.
In this riveting, richly imagined collection, a wealthy factory owner—once a rural peasant—refuses to help the victims of an earthquake until his daughter starts a relief effort of her own; a marginalized but powerful Uyghur gangster clashes with his homosexual grandson; and a dogged journalist is forced to resign as young writers in "pink Izod golf shirts and knockoff Italian loafers" write his stories out from under him. With spare, penetrating prose, Livings gives shape to the anonymous faces in the crowd and illuminates the tensions, ironies, and possibilities of life in modern China. As heartbreaking as it is hopeful, The Dog marks the debut of a startling and wildly imaginative new voice in fiction.


Praise For The Dog: Stories…

“Stunning . . . In The Dog, Mr. Livings demonstrates his virtuosity as a storyteller, his ability to immerse us instantly in the lives of his characters, to conjure the daily reality of the very different worlds they inhabit . . . [Livings] writes less as an outsider, observing the exotic customs and traditions of a foreign land, than as a sort of Chekhovian observer, attuned to the absurdities and ironies of his characters' lives . . . Together, his tales open a prismatic window on China, showing us how part of the country is rushing to embrace the 21st century, even as its history continues to exert a magnetic hold over people's thinking and expectations . . . With The Dog, Mr. Livings has made an incisive--and highly impressive--debut.” —Michiko Kakutani, The New York Times

“[An] impressive collection . . . The prose in The Dog is crisp and forceful, honed by a journalist's eye for sharp detail.” —Sam Sacks, The Wall Street Journal

“Jack Livings' ability to create completely relatable characters in what, for many of his readers, may be unrelatable daily circumstances, is an impressive literary accomplishment. That he appears to do this so easily is another testament to his mastery of the craft . . . [The Dog] is a solid debut from a writer to watch.” —City Weekend Beijing

“[Livings] is unusually perceptive about political realities and the moral cost they exact from ordinary citizens.” —The New Yorker

“An arresting debut collection of short stories, with prose that is tight and compact and stories that are raw and honest.” —Melanie Ho, Asian Review of Books

“One of the rewards of this book is the range of vividly human experience it presents. Plus, Jack Livings is a very gifted story-teller.” —James Fallows, The Atlantic

“Extraordinary . . . The Dog is chock-a-block with stories chronicling the fascinating paradoxes of post-Mao China, told by a man who is both a superbly gifted writer and an artful reporter.” —Robert Collison, The Toronto Star

“[A] remarkable achievement.” —The Wichita Eagle

“A powerful tale of post-Mao China . . . In The Dog: Stories, Livings has proved himself to be a masterful storyteller, creating evocative characters that exist in richly described worlds . . . an impressive debut to say the least.” —Kit Gillet, South China Morning Post

“[Jack Livings's] first collection of short fiction, with its tales of volatile protagonists struggling to survive in contemporary China, should attract widespread attention and praise . . . Any unfamiliarity with the Chinese locales and culture is quickly eased by Livings's imaginative yet realistic scenarios and vividly drawn characters. A brilliant and promising debut.” —Carl Hays, Booklist

“In short, this book is not only brilliantly written, but highly relevant and timely.” —Michael Rands, New Delta Review

“In The Dog: Stories, Livings has proved himself to be a masterful storyteller, creating evocative characters that exist in richly described worlds.” —Kit Gillet, South China Morning Post

Jack Livings is author of The Dog, which was awarded the 2015 PEN / Robert W. Bingham Prize for debut fiction. The Dog was named a Best Book of the Year by the Times Literary Supplement, and The New York Times critic Michiko Kakutani included the book as one of her ten favorites of 2014. Livings' stories have appeared in A Public Space, The Paris Review, StoryQuarterly, Tin House, The New Delta Review, Guernica, Best American Short Stories, and have been awarded two Pushcart Prizes. He is a graduate of the Iowa Writers' Workshop and was a Wallace Stegner Fellow at Stanford. He lives in New York with his family and is at work on a novel.
Loading...
or
Not Currently Available for Direct Purchase