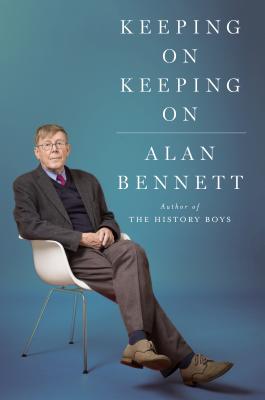 A collection of Bennett’s diaries and essays, covering 2005 to 2015

Alan Bennett’s third collection of prose, Keeping On Keeping On, follows in the footsteps of the phenomenally successful Writing Home and Untold Stories. Bringing together the hilarious, revealing, and lucidly intelligent writing of one of England’s best-known literary figures, Keeping On Keeping On contains Bennett’s diaries from 2005 to 2015—with everything from his much celebrated essays to his irreverent comic pieces and reviews—reflecting on a decade that saw four major theater premieres and the films of The History Boys and The Lady in the Van. A chronicle of one of the most important literary careers of the twentieth century, Keeping On Keeping On is a classic history of a life in letters.

Alan Bennett has been one of England's leading dramatists since the success of Beyond the Fringe in the 1960s. His work includes the Talking Heads television series, and the stage plays Forty Years On, The Lady in the Van, A Question of Attribution, and The Madness of King George III. His recent play, The History Boys (now a major motion picture), won six Tony Awards, including best play, in 2006. In the same year his memoir, Untold Stories, was a number-one bestseller in the United Kingdom.
or
Not Currently Available for Direct Purchase
Copyright © 2020 American Booksellers Association