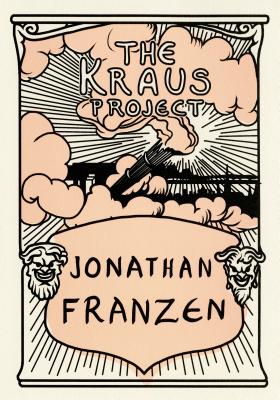 A hundred years ago, the Viennese satirist Karl Kraus was among the most penetrating and farsighted writers in Europe. In his self-published magazine, Die Fackel, Kraus brilliantly attacked the popular media's manipulation of reality, the dehumanizing machinery of technology and consumer capitalism, and the jingoistic rhetoric of a fading empire. But even though he had a fervent following, which included Franz Kafka and Walter Benjamin, he remained something of a lonely prophet, and few people today are familiar with his work. Luckily, Jonathan Franzen is one of them.

In The Kraus Project, Franzen, whose "calm, passionate critical authority" has been praised in The New York Times Book Review, not only presents his definitive new translations of Kraus but annotates them spectacularly, with supplementary notes from the Kraus scholar Paul Reitter and the Austrian author Daniel Kehlmann. Kraus was a notoriously cantankerous and difficult writer, and in Franzen he has found his match: a novelist unafraid to voice unpopular opinions strongly, a critic capable of untangling Kraus's often dense arguments to reveal their relevance to contemporary America.

While Kraus is lampooning the iconic German poet and essayist Heinrich Heine and celebrating his own literary hero, the Austrian playwright Johann Nestroy, Franzen is annotating Kraus the way Kraus annotated others, surveying today's cultural and technological landscape with fearsome clarity, and giving us a deeply personal recollection of his first year out of college, when he fell in love with Kraus's work. Painstakingly wrought, strikingly original in form, The Kraus Project is a feast of thought, passion, and literature.


Praise For The Kraus Project: Essays by Karl Kraus…

“The Kraus Project, which reprints the German essays alongside Franzen's translations, is a fluid version of Kraus that captures as best it might the author's irascible precision without tinkering his prose to make it sound like any other writer's . . . In the end, it is the achievement of The Kraus Project to provide a solid picture of what make Kraus incomparable and, paradoxically enough, relevant. Franzen builds a very effective case that Kraus's criticism of media technology--particularly of the ways that it deformed language and thought--pull him out of the Vienna of a hundred years ago and reveal him to be a timely visionary . . . Franzen's footnotes form a running dialogue with Kraus, and he is full of provocative observations about the encroachments of Twitter streams and AOL news feeds, iPhones and Facebook, and the fawning embrace of technology among the very people whose livelihood is most jeapordized by it, journalists.” —Eric Banks, Bookform

“Engrossing, highly original . . . As a declared enemy of the easy response in an instant-access culture, Franzen finds in the unduly neglected Kraus a model of how to provoke readers while at the same time getting them to do some work.” —Edmund Fawcett, The New York Times Book Review

“[The Kraus Project's] eccentric, Weblike structure--there are footnotes to footnotes of footnotes--provides a model for intellectually serious blogging . . . What is great about the Kraus essays in The Kraus Project [is] the anger that builds to such heights that it becomes funny and laughs at itself, even as it speaks truth to power; the disparagement of something rarely disparaged, individuality . . . Franzen made Kraus's contrarian outlook his own--and reading The Kraus Project one finds Franzen's fictional project newly illuminated. In his novels, Franzen often invites the reader to laugh at the darkness hidden in supposedly happy events, and to glimpse the hope hidden in supposedly sad ones . . . But it is not just the satirical impulses and the skewering of the media that make The Kraus Project feel like an unusually well-written and substantive blog. It's the structure as well. This book is a conversation among four writers: Kraus, Franzen, the Kraus scholar Paul Reitter, and the Austrian novelist Daniel Kehlmann. Rants by Kraus inspire rants by Franzen. Your attention flits among the four voices--part of the fun is watching how they build off one another, big-up and deflate one another. It's a dream of what the blogosphere can be, when we blog in a less attention-seeking manner, with due respect for prose style and the complexity of truth . . . Like Kraus, Franzen both loves and hates the journalism of his time, which is why, like Kraus, he writes about it.” —Benjamin Nugent, Slate

“The Kraus Project, Franzen's translation of Kraus' most important essays, introduces Americans to this little-known figure, a man admired by the likes of Walter Benjamin and Franz Kafka. But it also introduces Franzen himself, whose voluminous notes on Kraus' texts are as autobiographical as they are explanatory. In pages that are split in half--Kraus on the top, Franzen on the bottom--we get Franzen's take on the often inscrutable Kraus and, more enjoyably, a nicely developed examination of his own intellectual and psychological maturation as an novelist . . . What readers will enjoy . . . is Franzen's take on Kraus, and his reading of the Viennese satirist in light of contemporary issues, especially on what he sees as the ruinous effect of technology on the quality of writing and the level of intellectual discourse.” —Tony Lewis, Providence Journal

“[There are] literary riches to be mined in Franzen's translation of two essays by the fin de siècle Viennese journalist and cultural critic Karl Kraus . . . One of the really absorbing sub-texts of The Kraus Project is the light it sheds on the complex role Jews played in German-language culture in the 19th century. Quite simply, they dominated the literary and journalistic life of Hapsburg Vienna . . . [a] strange complex book.” —Robert Collison, The Toronto Star

“With the assistance of scholar Paul Reitter and Austrian novelist Daniel Kehlmann, Franzen provides a number of illuminating annotations that clarify, contextualize, or, in the case of Kraus's most furiously penned sentences, simply admit that they don't really make linguistic sense . . . The extensive annotation . . . turns two potentially antiquated essays into engaging historical documents, intellectually and emotionally . . . Franzen's project then is, like Kraus's, a linguistic call to arms. Language is a dangerous thing and our efforts to employ it often lead only to our circumscribing ourselves: we understand ourselves within a framework of language, and our construction is rarely without flaw. Self-interrogation and the recognition of oneself as fallible are not encouraged by social media, a blatant device of self-construction which practically celebrates the relinquishment of the reins to the id . . . Perhaps that is the last discrepancy that satire can register: its own disappearance. Thus, Franzen's work, like that of all literary agitators, is to keep language alive by stirring it up, so that when the Word goes under, we will recognize its absence.” —Philip Harris, The Swarthmore Phoenix

“Kraus and Mr. Franzen are thoughtful, even obsessive writers . . . Nothing is straightforward here, and that's the strength of this long-gestating book. As Mr. Franzen notes at the front of ‘Nestroy and Posterity,' an essay in which Kraus eloquently champions Nestroy's dramatic prowess despite his middlebrow language, Kraus ‘is leveraging a seemingly intramural literary fight into a very broad cultural critique, which is the essence of his method.' Mr. Franzen has learned Kraus' lessons well.” —Carlo Wolff, The Pittsburgh Post-Gazette

“Kraus' observations about mass media responsibility for the destabilization endemic to modernity, once unpacked from Krauss' highly stylized sentences, sound eminently familiar. For many readers, however, the highlight of this book will be the coming-of-age story Franzen tells in the footnotes about his own journey through the apocalyptic and the megalomaniacal as he struggled with loneliness, writing, and love. Why can't more literary explication engage one's heart and one's head at the same time?” —Booklist (starred review)

“Less a coherent book than an experimental collage of texts, and all the better for it . . . The Kraus Project is both a collaboration and homage. It reads as an extended meditation on the enduring influence of Kraus and as a counterblast against our veneration of technology . . . The Kraus Project is tremendously readable and is refreshingly sceptical of the cult of digital cool. Franzen's prose has an appealing briskness and polemical force, quite different in style from the high burnish of his long, deliberative, multi-layered literary novels. And I like its fragmentary structure and the way it liberates Franzen to roam from one subject to another--from discussing the origins of the word feuilleton, say, to the ‘coolness' of Joachim Löw, the German national football coach. The techno-zealots will hate the book, if they bother to read it--Franzen is already being loudly denounced on Twitter--but as an exercise in controlled rage and as a celebration of and introduction to Karl Kraus it works just so.” —Jason Cowley, The Financial Times

“The Kraus Project is thought-provoking, challenging, and entertaining. Kraus's carbolic bons mots can be very funny, and Franzen and co.'s annotations--some pages long--create a lively dialogue with both the text and each other. The book is a fluid and interactive experience, demanding full engagement from the reader.” —Zsuzsi Gartner, The Globe and Mail

“[The Kraus Project] is clear, polished, and often funny--no small accomplishment, given Kraus's notoriously difficult to translate prose. Franzen . . . uses the copious footnotes to provide current analogies for Kraus's targets and reflect on his own studies in Germany, which lead to meditations on his upbringing, relationships, literary aspirations, and search for a literary father. Several footnotes extend for pages, turning Kraus into background music for scholarly speculation and ruminations. When the narratives coalesce, the "spasm of pleasure" amply repays the reader's dogged attention, revealing two literary minds operating at the peak of their maturity and strength.” —Publishers Weekly

“The Kraus Project comes to life . . . in its notes, because so many of them are autobiographical . . . A great deal of this personal material is soulful, counterintuitive, revealing.” —Dwight Garner, The New York Times

“Admirable and deeply eccentric . . . cutting and hilarious . . . Franzen first read Kraus in the early 1980s, when he was a Fulbright scholar in Germany, and he writes about this period in his life with a kind of amazement at the foolish, ambitious, self-destructive young writer he used to be.” —Adam Kirsch, Tablet

“Kraus is one of the most uproarious and relevant writers who ever lived.” —Rebecca Schuman, Slate

Karl Kraus (1874–1936) was an Austrian satirist, playwright, poet, aphorist, and journalist. From 1899 until his death, he published the literary and political review Die Fackel.
Loading...
or
Not Currently Available for Direct Purchase