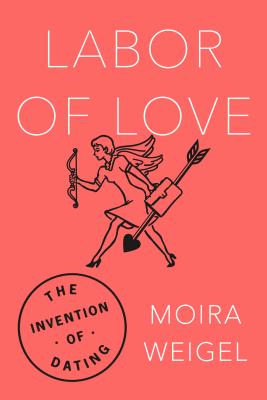 The Invention of Dating

“Does anyone date anymore?” Today, the authorities tell us that courtship is in crisis. But when Moira Weigel dives into the history of sex and romance in modern America, she discovers that authorities have always said this. Ever since young men and women started to go out together, older generations have scolded them: That’s not the way to find true love. The first women who made dates with strangers were often arrested for prostitution; long before “hookup culture,” there were “petting parties”; before parents worried about cell phone apps, they fretted about joyrides and “parking.” Dating is always dying. But this does not mean that love is dead. It simply changes with the economy. Dating is, and always has been, tied to work.

Lines like “I’ll pick you up at six” made sense at a time when people had jobs that started and ended at fixed hours. But in an age of contract work and flextime, many of us have become sexual freelancers, more likely to text a partner “u still up?” Weaving together over one hundred years of history with scenes from the contemporary landscape, Labor of Love offers a fresh feminist perspective on how we came to date the ways we do. This isn't a guide to “getting the guy.” There are no ridiculous “rules” to follow. Instead, Weigel helps us understand how looking for love shapes who we are—and hopefully leads us closer to the happy ending that dating promises.


Praise For Labor of Love: The Invention of Dating…

"Weigel is best when dismantling pop theories through the ages. She brilliantly eviscerates the self-help industry for stoking 'mutual mystification' between the sexes, and unearths intriguing continuities like the way technological advances (including the invention of the automobile) have always led to hand-wringing over the moral bankruptcy of youth . . . Fascinating." —Jenna Wortham,The New York Times Book Review

"[A] perceptive and wide-ranging investigation into the history of dating in America." —Alexandra Schwartz, The New Yorker

"The lack of serious conversation about dating has left Weigel with rich territory to explore, and she makes excellent use of it . . . [and her] deliciously incisive observations run throughout the book, making it a thoroughly enjoyable read . . . Weigel presents an insightful analysis of a topic that has largely been left to hucksters and scolds. By commodifying our deepest emotions, Weigel shows how the 'experts' turned dating into a job requiring calculation and deception, but not much love. Maybe it’s time to give notice." —Sara Eckel, The Washington Post

"[Moira Weigel] makes an entirely convincing case that there never was and never will be one static way of dating." —Willa Paskin, The Guardian

"[A] sprightly, gently feminist history . . . offer[ing] useful perspectives on dating as both an art and a historical construct." —Julia M. Kline, The Chicago Tribune

"An occasionally amusing and often provocative look at the work of wooing . . . [A] lively tour of changing romantic mores." —The Economist

"Much juicier than your average history book . . . [it] reads like a documentary about something you never knew could be so interesting." —BUST

"[A] smart, refreshing take on the history of dating." —Publishers Weekly

"Labor of Love makes its case as cheerfully as it does compellingly. Weigel’s book is both intense and lighthearted, by turns easy and surprising, offering momentary delights as well as subtle hints about the future. It’s everything, really, that a good date should be." —The Atlantic

"[A] riveting chronicle of courtship in modern America." —Entertainment Weekly

"Weigel successfully crafts a theorization of the 'date' as a longstanding site of morphing relations of reproductive labor. . . always show[ing] compellingly that the slippage between romantic and pecuniary matters is altogether nothing new." —Sophie Lewis, Blindfield Journal

"Labor of Love is remarkable at many levels: Formally, with its interweaving of theory, personal anecdote and social history. Politically, the way it deftly manages to say hugely important things about power and money that so often get left out of the discourse on love. And most of all, it's elegantly written, fun and plain hugely readable." —Alain de Botton, author of The Course of Love

“Moira Weigel’s Labor of Love rescues the subject of dating from its Trojan horse of triviality. It illuminates the social stakes of feelings too often misunderstood as private or peripheral: romantic desire, romantic frustration, and the shame of caring too much about either one. Witty, lively, and deftly—refreshingly—attentive to largely untold histories, Labor of Love has constructed a dazzling tour of the public infrastructure of our private lives. You will never swipe right the same way again.” —Leslie Jamison, author of The Empathy Exams

“Labor of Love is a work of essential social history. This is by far the best treatment of courtship, romance, and that awkward squirmy ritual we call a ‘date’ I’ve ever read.” —Christian Rudder, author of Datacylsm: Who We Are (When We Think No One's Looking) and founder of OkCupid

“As compulsively readable as any self-help dating book, Moira Weigel's Labor of Love is an original, exhaustive study of courtship in the United States across two centuries. As Weigel finds, advances in technology don't necessarily equate with mores: women still serve as the assigned arbiters and police of all things sexual, from holding hands to giving birth. But more than polemic, Labor of Love is a heartfelt work, written from and speaking to the need for intimate connection that animates our willingness to navigate these complex and contradictory codes.” —Chris Kraus, author of I Love Dick

“Labor of Love is a brilliant history of courtship, love, and sex that is also a brilliant investigation into profound changes in the nature of American work, leisure, consumer society, education, and city life over the twentieth-century and into the new millennium. Elegantly written, gratifyingly clear-eyed, and sharply funny, it restores the essential strangeness of dating, while expertly navigating the fraught contemporary debates over its meaning.” —Nikil Saval, author of Cubed: A Secret History of the Workplace

“Instead of going out tonight, do yourself a favor: stay in and read this book. Moira Weigel and her genre-bending history of dating are excellent, illuminating company.” —Astra Taylor, author of The People’s Platform and director of Examined Life and Zizek!

Moira Weigel is the author of Labor of Love: The Invention of Dating. Her writing has appeared in The New York Times,The Atlantic, The New Yorker, The Guardian, The Nation, The New Republic, and n+1, among other publications, and she is a cofounder of Logic magazine. She received a fellowship to the Harvard Society of Fellows in 2016 and lives in Cambridge, Massachusetts.
Loading...
or
Not Currently Available for Direct Purchase