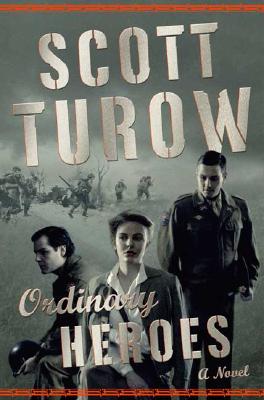 Stewart Dubinsky knew his father had served in World War II. And he'd been told how David Dubin (as his father had Americanized the name that Stewart later reclaimed) had rescued Stewart's mother from the horror of the Balingen concentration camp. But when he discovers, after his father's death, a packet of wartime letters to a former fiancee, and learns of his father's court-martial and imprisonment, he is plunged into the mystery of his family's secret history and driven to uncover the truth about this enigmatic, distant man who'd always refused to talk about his war.

As he pieces together his father's past through military archives, letters, and, finally, notes from a memoir his father wrote while in prison, secretly preserved by the officer who defended him, Stewart starts to assemble a dramatic and baffling chain of events. He learns how Dubin, a JAG lawyer attached to Patton's Third Army and desperate for combat experience, got more than he bargained for when he was ordered to arrest Robert Martin, a wayward OSS officer who, despite his spectacular bravery with the French Resistance, appeared to be acting on orders other than his commanders'. In pursuit of Martin, Dubin and his sergeant are parachuted into Bastogne just as the Battle of the Bulge reaches its apex. Pressed into the leadership of a desperately depleted rifle company, the men are forced to abandon their quest for Martin and his fiery, maddeningly elusive comrade, Gita, as they fight for their lives through carnage and chaos the likes of which Dubin could never have imagined.

In reconstructing the terrible events and agonizing choices his father faced on the battlefield, in the courtroom, and in love, Stewart gains a closer understanding of his past, of his father's character, and of the brutal nature of war itself.

"Scott Turow not only knows what his readers want, he delivers just about perfectly . . . Turow is the closest we have to a Balzac of the fin de siecle professional class." -Todd Gitlin, Chicago Tribune

"[Turow has] set new standards for the genre, most notably in the depth and subtlety of his characterizations . . . the kind of reading pleasure that only the best novelists-genre or otherwise-can provide."-Gary Krist, The New York Times

"Of all the lawyer-storytellers who have clambered onto the bestseller lists in recent years, Scott Turow is the champ. Not only are his plots absorbing and his characters persuasive, but his sentences flow with an artful cadence."-Dennis Drabelle, The Washington Post Book World

"Ordinary Heroes is a beautifully wrought, finely achieved reconstruction of an elusive, a clandestine life-a World War II life, as it happens-by Scott Turow at the very top of his form. So, be warned, a book to start on Friday night." -Alan Furst

Scott Turow is the author of worldwide bestselling novels including Presumed Innocent, Innocent, The Burden of Proof, Reversible Errors and Limitations. His works of nonfiction include One L, his journal from his first year at law school, and Ultimate Punishment, which he wrote after serving on the Illinois commission that investigated the administration of the death penalty and influenced Governor George Ryan's unprecedented commutation of the sentences of 164 death row inmates on his last day in office. Ultimate Punishment won the Robert F. Kennedy Book Award. He lives outside Chicago, where he is partner in the firm of SNR Denton (formerly Sonnenschein, Nath & Rosenthal).
Loading...
or
Not Currently Available for Direct Purchase