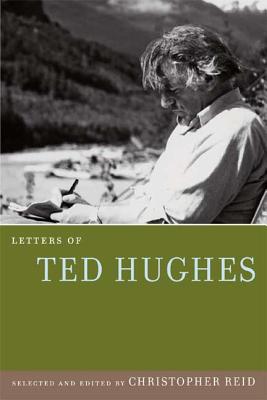 Ted Hughes described letter-writing as "excellent training for conversation with the world." These nearly 300 letters selected from several thousand show him in all his aspects: poet, husband and father, lover of the natural world, proud Englishman, and a man for whom literature was a way of being fully alive to experience.

There are letters dealing with Hughes's work on classic books, from the early breakthrough "Lupercal "to the late, revelatory "Birthday Letters." There are letters discussing, with notable frankness, his marriages to Sylvia Plath and then to Assia Wevill. After marrying Carol Orchard, in 1970, Hughes ran a farm in Dorset for several years, and there are letters touching on his interest in
astrology, his strong and original views of Shakespeare, and his passion for farming, fishing, and the environment in general. Letters to Seamus Heaney and Philip Larkin situate Hughes among his peers as never before.

"Letters of Ted Hughes" reveals the author as a prose writer of great vigor and subtlety. It deepens our understanding of and our admiration for this great twentieth-century poet.


Praise For Letters of Ted Hughes…

“No other English poet’s letters, not even Keats’s, unparalleled as they are, take us so intimately into the wellsprings of his own art.” —JOHN CAREY, The Sunday Times

TED HUGHES (1930-98) produced more than forty books of poetry, prose, drama, translation, and children's literature, including, in his last decade, Shakespeare and the Goddess of Complete Being, Tales from Ovid, and Birthday Letters.
Loading...
or
Not Currently Available for Direct Purchase