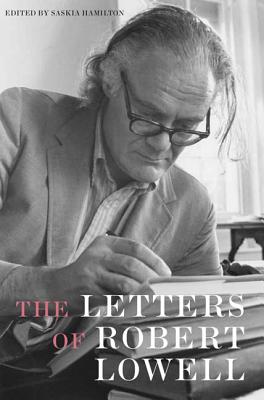 The Letters of Robert Lowell

Over the course of his life, Robert Lowell impressed those who knew him by his "refusal to be boring on paper" (Christopher Benfey). One of the most influential poets of the twentieth century, Lowell was also a prolific letter writer who corresponded with many of the remarkable writers and thinkers of his day, including Elizabeth Bishop, Edmund Wilson, Robert Kennedy, Ezra Pound, William Carlos Williams, T. S. Eliot, and Robert Frost.

These letters document the evolution of Lowell's work and illuminate another side of the intimate life that was the subject of so many of his poems: his deep friendships with other writers; the manic-depressive illness he struggled to endure and understand; his marriages to three prose writers; and his engagement with politics and the antiwar movement of the 1960s.

The Letters of Robert Lowell shows us, in many cases for the first time, the private thoughts and passions of a figure unrivaled for his influence on American letters.


Praise For The Letters of Robert Lowell…

“Robert Lowell was one of the three or four greatest American poets of the twentieth century . . . [His] torrential eloquence, his historical consciousness, his moral and political seriousness are a standing challenge.” —Adam Kirsch, The Times Literary Supplement

Saskia Hamilton is the author of several books of poetry, including Corridor, named one of the best poetry books of 2014 by The New Yorker and The New York Times Book Review. She is the editor of The Letters of Robert Lowell and coeditor of Words in Air: The Complete Correspondence Between Elizabeth Bishop and Robert Lowell. She teaches at Barnard College.
Loading...
or
Not Currently Available for Direct Purchase