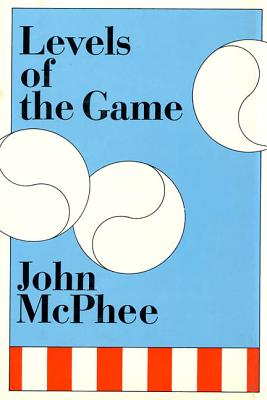 Levels of the Game (Hardcover)

This account of a tennis match played by Arthur Ashe against Clark Graebner at Forest Hills in 1968 begins with the ball rising into the air for the initial serve and ends with the final point. McPhee provides a brilliant, stroke-by-stroke description while examining the backgrounds and attitudes which have molded the players' games.

Praise For Levels of the Game…

“This may be the high point of American sports journalism.” —Robert Lipsyte, The New York Times

“McPhee has produced what is probably the best tennis book ever written. On the surface it is a joint profile of . . . Arthur Ashe and Clark Graebner, but underneath it is considerably more--namely, a highly original way of looking at human behavoir . . . He proves his point with consummate skill and journalistic artistry. You are the way you play, he is saying. The court is life.” —Donald Jackson, Life

“John McPhee's Levels of the Game . . . alternates between action on the court and interwoven profiles of the contestants. It is a remarkable performance--written with style, verve, insight and wit.” —James W. Singer, Chicago Sun-Times