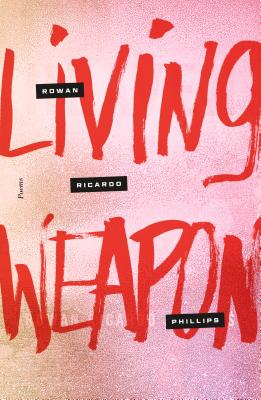 Named a Best Book of 2020 by Library Journal

"Phillips’s determination to push beyond irony into affirmation is an audacious gesture – 'resilient as bioluminescence,' these poems of 'song and pain' announce a bold new talent." —David Wheatley, The Guardian

Rowan Ricardo Phillips is the author of three books of poems (Living Weapon, Heaven, and The Ground), two essay collections (The Circuit and When Blackness Rhymes with Blackness), and a translation from the Catalan of Salvador Espiru's collection of short fiction, Adriane in the Grotesque Labyrinth. His awards include a Whiting Award, a Guggenheim fellowship, the PEN/Joyce Osterweil Award for Poetry, the Anisfield-Wolf Book Award, the PEN/ESPN Award for Literary Sports Writing, and the Nicolás Guillén Outstanding Book Award. Phillips is a Professor of English at Stony Brook University and teaches Creative Writing at Princeton. He lives in New York City and Barcelona.
Loading...
or
Not Currently Available for Direct Purchase