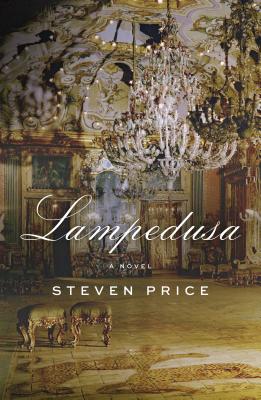 Like Colm Tóibín’s The Master or Michael Cunningham’s The Hours, a novel about art and writing in the life of one of the greats

Set in a sun-drenched Sicily, among the decadent Italian aristocracy of the late 1950s, Steven Price’s Lampedusa explores the final years of Giuseppe Tomasi, the last prince of Lampedusa, as he struggles to complete his only novel, The Leopard.

In 1955, Tomasi was diagnosed with advanced emphysema; shortly after, he began work on a novel that would fail to be published before his death four years later. When The Leopard at last appeared, it won Italy’s Strega Prize and became the greatest Italian novel of the century.

Adhering intensely to the facts of Tomasi's life but moving deep into the mind of the author, Lampedusa inhabits the complicated interior of a man facing down the end of his life and struggling to make something of lasting worth while there is still time.

Steven Price's first collection of poems, Anatomy of Keys (2006), won Canada's 2007 Gerald Lampert Award for Best First Collection, was short-listed for the BC Poetry Prize, and was named a Globe and Mail Book of the Year. His first novel, Into That Darkness (2011), was short-listed for the 2012 BC Fiction Prize. His second collection of poems, Omens in the Year of the Ox (2012), won the 2013 ReLit Award. He lives in Victoria, British Columbia, with his family.

Praise For Lampedusa: A Novel…

“A lyrical and sensitive portrait of a man nearing the end of his life.” —KIRKUS Reviews

"Wonderful as the passages about the writing of The Leopard are, the deeper story in Lampedusa is about a dying man reckoning with his life. . . . an unsparing yet tender portrait that makes Giuseppe Tomasi di Lampedusa as compelling as his great novel." —Wendy Smith, The Washington Post

“Price’s imaginative reconstruction of Tomasi’s work avoids hagiography and humanizes a literary master, while also depicting the agony and urgency of writing.” —Booklist

"The prose is superbly controlled, richly textured, brimming with wise and lyrical insights that make it a worthy heir to its mighty predecessor." —Joseph Luzzi, The New York Times Book Review