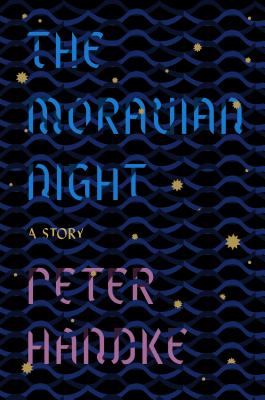 Peter Handke was born in Griffen, Austria, in 1942. His many novels include The Goalie’s Anxiety at the Penalty Kick, A Sorrow Beyond Dreams, My Year in the No-Man’s Bay, and Crossing the Sierra de Gredos, all published by FSG. Handke’s dramatic works include Kaspar and the screenplay for Wim Wenders’s Wings of Desire. Handke is the recipient of many major literary awards, including the Georg Büchner, Franz Kafka, and Thomas Mann Prizes and the International Ibsen Award. In 2019, he was awarded the Nobel Prize in Literature “for an influential work that with linguistic ingenuity has explored the periphery and the specificity of human experience.”

Krishna Winston is the Marcus L. Taft Professor of German Language and Literature at Wesleyan University. She has translated more than thirty books, including five previous works by Peter Handke and works by Werner Herzog, Günter Grass, Christoph Hein, and Goethe.
Loading...
or
Not Currently Available for Direct Purchase