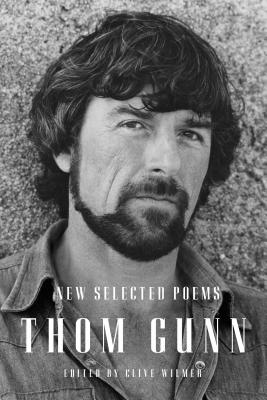 A new selection of poems by the celebrated gay poet

Thom Gunn has been described as “one of the most singular and compelling poets in English during the past half-century” (Times Literary Supplement). Gunn was an Elizabethan poet in modern guise, though there’s nothing archaic, quaint, or sepia-toned about his poetry. His method was dispassionate and rigorous, uniquely well suited for making a poetic record of the tumultuous time in which he lived.

Gunn’s dozens of brilliantly realized poems about nature, friendship, literature, sexual love, and death are set against the ever-changing backdrop of San Francisco—the druggy, politically charged sixties and the plague years of AIDS in the eighties. Perhaps no contemporary poet was better equipped—by temperament, circumstance, or poetic gift—to engage the subjects of eros and thanatos than Thom Gunn.

This New Selected Poems, compiled by his friend Clive Wilmer and accompanied by insightful notes, is the first edition to represent the full arc of Gunn’s inimitable career.

"Preeminent Gunn scholar Clive Wilmer has created a compendious selected volume drawn from 11 of Gunn’s books, and his crisp introduction fills in many biographical gaps in the life of one of the finest poets in the English language." — Raúl Niño, Booklist

"This thoughtfully selected span of Gunn’s poetry is not only an immensely pleasurable read but also a master-class in poetic form. The rigor and lyricism of his lines shine brighter still, even as the editor’s notes increase the reader’s awareness of the historical realities and personal desires that informed the poetry." —Frederick Speers, New York Journal of Books

"This collection of the British poet’s work ranges across his whole career, including poems on nature, animals, friendship, drugs, literature, sex, love, the AIDS crisis and death. An introduction and notes by the poet and translator Wilmer, who was Gunn’s friend, add historical and biographical context." —Maria Russo, The New York Times Book Review