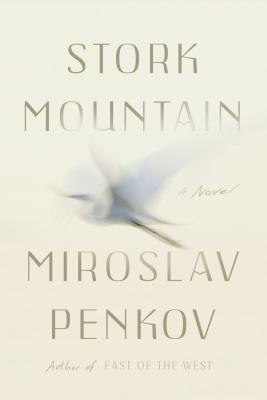 Stork Mountain tells the story of a young Bulgarian immigrant who, in an attempt to escape his mediocre life in America, returns to the country of his birth. Retracing the steps of his estranged grandfather, a man who suddenly and inexplicably cut all contact with the family three years prior, the boy finds himself on the border of Bulgaria and Turkey, a stone's throw away from Greece, high up in the Strandja Mountains. It is a place of pagan mysteries and black storks nesting in giant oaks; a place where every spring, possessed by Christian saints, men and women dance barefoot across live coals in search of rebirth. Here in the mountains, the boy reunites with his grandfather. Here in the mountain, he falls in love with an unobtainable Muslim girl. Old ghosts come back to life and forgotten conflicts, in the name of faith and doctrine, blaze anew.

Stork Mountain is an enormously charming, slyly brilliant debut novel from an internationally celebrated writer. It is a novel that will undoubtedly find a home in many readers' hearts.


Praise For Stork Mountain: A Novel…

"[A] searing, heartfelt novel. This book is rich, enmeshing the personal with the political and historical, told in strange and vertiginous language that seems fitting for a tale of such passion." - Publishers Weekly (starred review)

Miroslav Penkov was born in 1982 in Bulgaria. He arrived in America in 2001 and completed a bachelor’s degree in psychology and an M.F.A. in creative writing at the University of Arkansas. He has won the Eudora Welty Prize in Fiction, and his story “Buying Lenin” was published in The Best American Short Stories 2008, edited by Salman Rushdie. He teaches creative writing at the University of North Texas, where he is a fiction editor for the American Literary Review. He is the author of East of the West.
Loading...
or
Not Currently Available for Direct Purchase