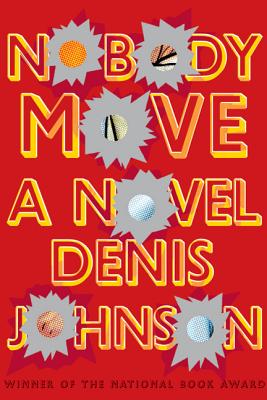 From the National Book Award–winning, bestselling author of Tree of Smoke comes a provocative thriller set in the American West.

Nobody Move, which first appeared in the pages of Playboy, is the story of an assortment of lowlifes in Bakersfield, California, and their cat-and-mouse game over $2.3 million. Touched by echoes of Raymond Chandler and Dashiell Hammett, Nobody Move is at once an homage to and a variation on literary form. It salutes one of our most enduring and popular genres—the American crime novel—but with a grisly humor and outrageousness that are Denis Johnson's own. Sexy, suspenseful, and above all entertaining, Nobody Move shows one of our greatest novelists at his versatile best.


Praise For Nobody Move: A Novel…

“The God I want to believe in has a voice and a sense of humor like Denis Johnson's.” —Jonathan Franzen

Denis Johnson (1949-2017) is the author of eight novels, one novella, one book of short stories, three collections of poetry, two collections of plays, and one book of reportage. His novel Tree of Smoke won the 2007 National Book Award.
Loading...
or
Not Currently Available for Direct Purchase