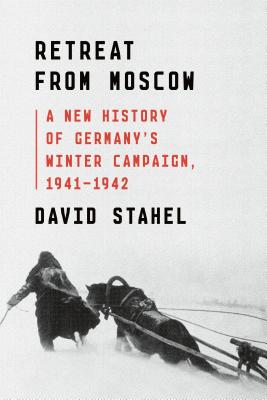 
Praise For Retreat from Moscow: A New History of Germany's Winter Campaign, 1941-1942…

David Stahel is the author of over a half dozen books about World War II, several focusing on Nazi Germany’s war against the Soviet Union (including Operation Typhoon and The Battle for Moscow). He completed an MA in war studies at King’s College London in 2000 and a PhD at the Humboldt-Universität zu Berlin in 2009. In his research he has concentrated primarily on the German military in World War II. Dr. Stahel is a senior lecturer in European history at the University of New South Wales, and he teaches at the Australian Defence Force Academy.
Loading...
or
Not Currently Available for Direct Purchase