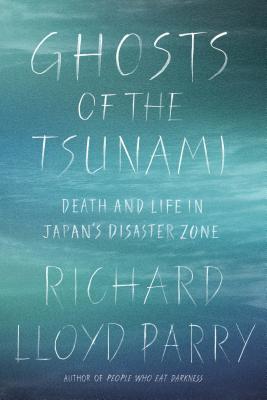 Ghosts of the Tsunami

Named one of the best books of 2017 by The Guardian, NPR, GQ, The Economist, Bookforum, and Lit Hub

The definitive account of what happened, why, and above all how it felt, when catastrophe hit Japan—by the Japan correspondent of The Times (London) and author of People Who Eat Darkness


Praise For Ghosts of the Tsunami: Death and Life in Japan's Disaster Zone…

"An eerie, brushstroked evocation . . . A strikingly vivid, even visceral writer, Lloyd Parry sweeps away distractions . . . to offer tightly focused and consuming human stories . . . Lloyd Parry is uncommonly sensitive to all such spirits, and in the tsunami he has found a horrifying metaphor for those subliminal forces that swirl underneath the manicured surfaces of Japan . . . The ghosts that hover just above his charged and elemental pages are a reminder of how much this land of order remains ruled by things that can't be seen." —Pico Iyer, The New York Times Book Review

Richard Lloyd Parry is the Asia editor and Tokyo bureau chief of The Times (London) and the author of People Who Eat Darkness and In the Time of Madness.
Loading...
or
Not Currently Available for Direct Purchase