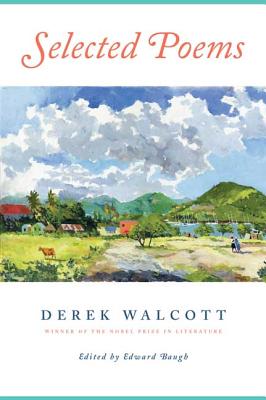 Drawing from every stage of his career, Derek Walcott's Selected Poems brings together famous pieces from his early volumes, including "A Far Cry from Africa" and "A City's Death by Fire," with passages from the celebrated Omeros and selections from his latest major works, which extend his contributions to reenergizing the contemporary long poem. Here we find all of Walcott's essential themes, from grappling with the Caribbean's colonial legacy to his conflicted love of home and of Western literary tradition; from the wisdom-making pain of time and mortality to the strange wonder of love, the natural world, and what it means to be human. We see his lifelong labor at poetic crafts, his broadening of the possibilities of rhyme and meter, stanza forms, language, and metaphor. Edited and with an introduction by the Jamaican poet and critic Edward Baugh, this volume is a perfect representation of Walcott's breadth of work, spanning almost half a century.

“No poet rivals Mr. Walcott in humor, emotional depth, lavish inventiveness in language or in the ability to express the thoughts of his characters and compel the reader to follow the swift mutations of ideas and images in their minds . . . [His poetry] makes us realize that history, all of it, belongs to us.” —The New York Times
or
Not Currently Available for Direct Purchase
Copyright © 2020 American Booksellers Association