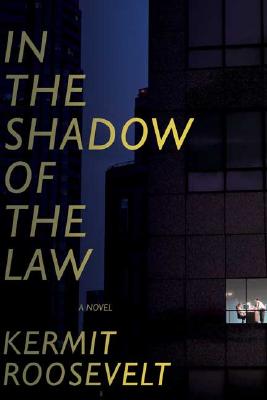 In the Shadow of the Law

Morgan Siler is one of Washington, D.C.'s most powerful K Street law firms, its roster of clients stocked with multi-billion-dollar corporations. Through the obsessive efforts of its founder's son, Peter Morgan, his father's old-fashioned business has been transformed into a veritable goliath, embracing bankruptcy and merger divisions that Archibald Morgan had deemed ungentlemanly. As Peter reaches the pinnacle of his career, his firm is embroiled in two difficult cases: a pro bono death-penalty case in Virginia, and a class-action lawsuit brought against Hubble Chemical of Texas after an on-site explosion killed dozens of workers.

Assigned to these cases is a group of young associates and seasoned partners struggling to make their way in the firm. Mark Clayton, fresh out of law school, is beginning to loathe his dull workload, and to be frightened by the downgrading of his personal life, when he is assigned to the pro bono case. Assisting him is the mercurial Walker Eliot, a brilliant third-year associate whose passion for the law is as great as his skill at unraveling its intricacies. The aggressive, profane, and wildly successful litigator Harold Fineman is leading the Hubble defense, assisted by first-year Katja Phillips, whose twin devotion to productivity and idealism intrigue him, and Ryan Grady, another first-year, whose quest to pick up girls is starting to interfere with his work.

In this complex, ambitious, and gripping first novel, Kermit Roosevelt vividly illustrates the subtle and stark effects of the law on the lives not only of a group of lawyers, but also on communities and private citizens. In the Shadow of the Law is a meditation about the life of the law, the organism that is a law firm, and its impact on those who come within its powerful orbit.

Praise For In the Shadow of the Law…

"Perhaps only once a decade does a brilliant young lawyer write a terrific first novel that suddenly announces him as a first-rate story-telling talent while revealing anew the enormous drama hidden within the colossus that we call the American legal system. Kermit Roosevelt is such a writer and In the Shadow of the Law is such a book. A tremendous, satisfying read." --Colin Harrison