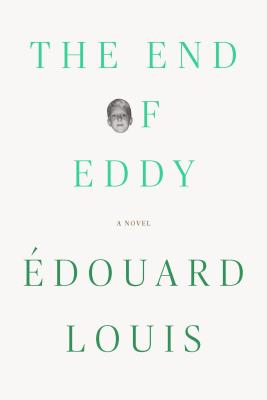 Already translated into twenty languages, The End of Eddy captures the violence and desperation of life in a French factory town. It is also a sensitive, universal portrait of boyhood and sexual awakening. Like Karl Ove Knausgaard or Edmund White, Édouard Louis writes from his own undisguised experience, but he writes with an openness and a compassionate intelligence that are all his own. The result—a critical and popular triumph—has made him the most celebrated French writer of his generation.

“Louis' account of growing up gay and poor in a working-class village isn't only a story about France. Just released in a highly readable translation by Michael Lucey, this painfully insightful tale of entrapment and escape could've easily been set in Michigan or West Virginia . . . While Eddy's parents are both vivid characters—Louis has a great ear for their patois—what makes the novel special is the way it expands outward.” —John Powers, NPR's Fresh Air

Born Eddy Bellegueule in Hallencourt, France, in 1992, Édouard Louis is a novelist and the editor of a scholarly work on the social scientist Pierre Bourdieu. He is the coauthor, with the philosopher Geoffroy de Lagasnerie, of “Manifesto for an Intellectual and Political Counteroffensive,” published in English by the Los Angeles Review of Books.