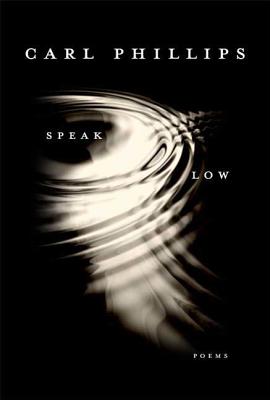 Speak Low is the tenth book from one of America's most distinctive—and one of poetry's most essential—contemporary voices. Phillips has long been hailed for work provocative in its candor, uncompromising in its inquiry, and at once rigorous and innovative in its attention to craft. Over the course of nine critically acclaimed collections, he has generated a sustained meditation on the restless and ever-shifting myth of human identity. Desire and loss, mastery and subjugation, belief and doubt, sex, animal instinct, human reason: these are among the lenses through which Phillips examines what it means to be that most bewildering, irresolvable conundrum, a human being in the world.

These new poems are of a piece with Phillips's previous work in their characteristic clarity and originality of thought, in their unsparing approach to morality and psychology, and in both the strength and startling flexibility of their line. Speak Low is the record of a powerful vision that, in its illumination of the human condition, has established itself as a necessary step toward our understanding of who we are in the twenty-first century.

Speak Low is a 2009 National Book Award Finalist for Poetry.

“This 10th book from the prolific Phillips is a quiet yet wounded reflection on Phillips' signature subjects: relationships, distances, identity, and damage. Phillips' remarkable ability to be clear yet illusive, as well as his dizzying syntax, are ever- present as the poems coil into places of confusion: ‘Oh, sometimes it is as if desire had been given form, and / acreage, and I'd been left for lost there. Amazement grips me, / I grip it back.' Rendering visceral moments with surprising leisure, ‘like blood with a drawl to it,' Phillips searches slowly but relentlessly for answers to unanswerable questions: ‘who's to say what will not be useful?' . . . this collection is more evidence that Phillips is making good on his offer to ‘show you what it looks like / when surrender, and an instinct not to, run side by side.'” —Publishers Weekly

“Theme and style join perfectly in Speak Low . . . In poem after poem, the speaker turns to address questions of power. The style of the poems, as they frame and shape these questions, feels at once pliant and masterful . . . As in Rilke, Phillips' lines give his language a near-sculptural form, something like a fountain. The poems are structures of alternating firmness and give, as the sense spills from line to line.” —Jenny Mueller, St. Louis Post-Dispatch

“Singing the music of mythology, history and philosophy, [Phillips's] poems are delicately crafted to sound like common speech even though there is nothing pedestrian about them. Because of their dexterity, they are approachable without sacrificing their loftier aspirations.” —Dionisio Martinez, The Miami Herald

Carl Phillips is the author of several books of poetry, including Silverchest, a finalist for the International Griffin Prize, and Double Shadow, winner of the Los Angeles Times Book Prize. He is also the author of The Art of Daring: Risk, Restlessness, Imagination. Phillips teaches at Washington University in St. Louis.
Loading...
or
Not Currently Available for Direct Purchase