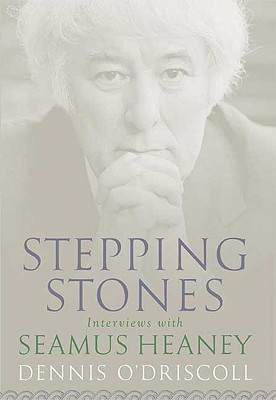 Widely regarded as the finest poet of his generation, Seamus Heaney is the subject of numerous critical studies, but no book-length portrait has appeared before now. Through his own lively and eloquent reminiscences, Stepping Stones retraces the poet’s steps from his first exploratory testing of the ground as an infant to what he called his “moon-walk” to the podium to receive the 1995 Nobel Prize in Literature. It also fascinatingly charts his post-Nobel life and is supplemented with a number of photographs, many from the Heaney family album and published here for the first time. In response to firm but subtle questioning from Dennis O’Driscoll, Heaney sheds a personal light on his work (poems, essays, translations, plays) and on the artistic and ethical challenges he faced during the dark years of the Ulster Troubles. Combining the spontaneity of animated conversation with the considered qualities of the best autobiographical writing, Stepping Stones provides an original, diverting, and absorbing store of reflections and recollections. Scholars and general readers alike are brought closer to the work, life, and creative development of a charismatic and lavishly gifted poet whose latest collection, District and Circle, was awarded the T. S. Eliot Prize in 2007.

Dennis O'Driscoll's previous publications include "New and Selected Poems "and "Reality Check." He is the author of a collection of essays and reviews, "Troubled Thoughts, Majestic Dreams," and works as a civil servant in Dublin.
Loading...
or
Not Currently Available for Direct Purchase