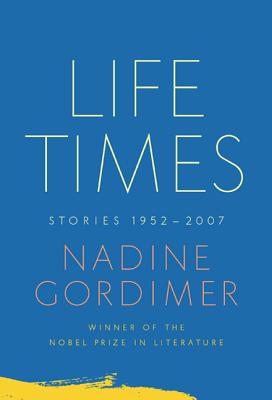 This collection of Nadine Gordimer's short fiction demonstrates her rich use of language and her unsparing vision of politics, sexuality, and race. Whether writing about lovers, parents and children, or married couples, Gordimer maps out the terrain of human relationships with razor-sharp psychological insight and a stunning lack of sentimentality. The selection, which spans the course of Gordimer's career to date, presents the range of her storytelling abilities and her brilliant insight into human nature. From such epics as "Friday's Footprint" and "Something Out There" to her shorter, more experimental stories, Gordimer's work is unfailingly nuanced and complex. Time and again, it forces us to examine how our stated intentions come into conflict with our unspoken desires.

This definitive volume, which includes four new stories from the Nobel laureate, is a testament to the power, force, and ongoing relevance of Gordimer's vision.

“[A] sterling collection of short stories, 38 in all, by the South African novelist . . . A welcome collection by a master of English prose--lucid and precisely written, if often bringing news only of disappointment, fear and loss.” —Kirkus Reviews

“Life Times indeed . . . This grand gathering . . . showcases Gordimer's gift for concentrating the many forms of suffering humankind instigates and endures within calamitous and transforming moments. Her cutting stories dramatize with fluent specificity the evolution of liberation in South Africa. But they are also headline-fresh and timelessly universal as Gordimer, skeptical and compassionate, reveals how intimately entwined politics and private lives are, and how there is no such thing as apartness.” —Donna Seaman, Booklist

“Gordimer's characters and situations are complex and multifaceted, and it is a testament to her literary skill that she can pack so much depth of meaning into each story. Highly recommended; these powerful and serious stories span the career to date of a critically acclaimed, prize-winning author.” —Sarah Conrad Weisman, Corning Community College, New York, Library Journal