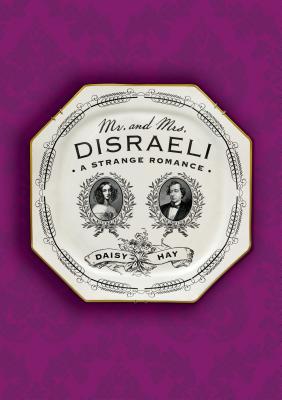 Deep in the archives of the Bodleian Library at the University of Oxford lies a tattered scrap `of paper with newlyweds' scribbles on it. It is a table listing the qualities of a couple. One column reads: "Often says what he does not think," "He does not show his feelings," "He is a Genius"; and the other: "Never says anything she does not think," "She shows her feelings," "She is a Dunce." The writing is Mary Anne Disraeli's, contrasting her own qualities with those of her husband, Benjamin Disraeli, one of the foremost politicians of the Victorian age.

From the outset they made an unlikely couple. Mary Anne was the daughter of a sailor, twelve years Disraeli's senior, and married to someone else when they met. She was also highly eccentric, liable to misbehave, and (worse still) embarrassingly overdressed for grand society dinners. Her Diz was of Jewish descent, a mid-ranking novelist who was mired in debt. They made perfect targets for the vicious Victorian press and society gossips, who pounced on any and every foible. Yet their odd match appeared to make them impervious to such slings and arrows, as together they spun their unusual tale into a romance worthy of the novels they so loved.

Reading between the lines of a great cache of their letters and friends' anecdotes, Daisy Hay shows how the Disraelis rose to the top of the social and political pile. Along the way, we meet women of a similar station and situation whose endings were far unhappier than Mary Anne's, acting as a counterpoint to her fairy-tale status as the landed angel in the prime minister's house.

In an age where first ladies and their husbands are under ever-increasing pressure to perform and to conform,Mr. and Mrs. Disraeli offers a portrait of a political couple who refused to do either.

Daisy Hay is the author of Young Romantics: The Shelleys, Byron, and Other Tangled Lives (FSG, 2010) and has a PhD in English literature from Cambridge University.

Praise For Mr. and Mrs. Disraeli: A Strange Romance…

“[A] remarkable book . . . Hay's thoughtful and measured prose, filled with quotations from letters, missives, and love poems, is a page-turner of a historical, political, and feminist romance. A superlative achievement.” —Eloise Kinney, Booklist (starred review)

“Hay provides insight into the marriage of convenience that became a love story to rival Victoria and Albert's . . . With this new addition to Disraeli-ana, readers will be enlightened by the younger man and how alike he was to Mary Anne, who became the love of his life.” —Kirkus Reviews

“A vivid portrait of a marriage . . . a tour de force, written with intelligence and compassion.” —Paula Byrne, The Times

“A warm and rounded portrait.” —Tim Bouverie, The Daily Telegraph

“A beguiling account of a very unusual marriage. . . [Hay goes] beyond the conventional chronological narrative to discover the roads not taken, the unspoken realities beneath the factual skeleton. . .Hay brings alive a marriage that has always been a puzzle to Disraeli's conventional biographers with skill and imagination.” —The Sunday Times

“All marriages have their mysteries, political marriages more than most. The marriage of Mr. and Mrs. Disraeli was stranger than fiction, but every bit as compelling.” —Robert McCrum, The Observer