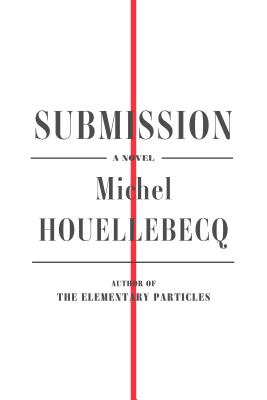 Meanwhile, it's election season. And although Francois feels "about as political as a bath towel," things are getting pretty interesting. In an alliance with the Socialists, France's new Islamic party sweeps to power. Islamic law comes into force. Women are veiled, polygamy is encouraged, and François is offered an irresistible academic advancement--on the condition that he convert to Islam.

Adam Gopnik in The New Yorker has said of Submission that "Houellebecq is not merely a satirist but--more unusually--a sincere satirist, genuinely saddened by the absurdities of history and the madnesses of mankind." Michel Houellebecq's new book may be satirical and melancholic, but it is also hilarious, a comic masterpiece by one of France's great novelists.

Praise For Submission: A Novel…

“Houellebecq's recent work—especially The Map and the Territory, one of the finest novels of the 21st century—is elegant, sad, all the more discomfiting in that we never quite know how much subtlety to credit the author with. Houellebecq writes on shifting sands. But I think he might just be permanent.” —Michael Robbins, The Chicago Tribune


“Extraordinary . . . if there is anyone in literature today, not just in French but worldwide, who is thinking about the sort of enormous shifts we all feel are happening, it’s [Houellebecq].” —Emmanuel Carrere, Le Monde