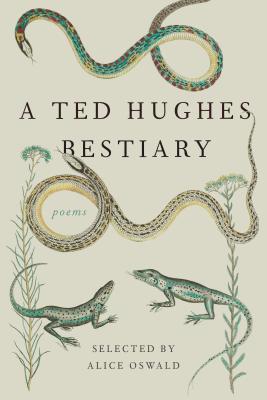 “Ted Hughes was a great man and a great poet because of his wholeness and his simplicity and his unfaltering truth to his own sense of the world.” —Seamus Heaney

Originally, the medieval bestiary, or book of animals, set out to establish safe distinctions—between them and us—but Ted Hughes’s poetry works always in a contrary direction: showing what man and beast have in common, the reservoir from which we all draw. In A Ted Hughes Bestiary, Alice Oswald’s selection is arranged chronologically, with an eye to different books and styles, but equally to those poems that embody animals rather than just describe them. Some poems are here because, although not strictly speaking animal, they become so in the process of writing; and in keeping with the bestiary tradition there are plenty of imaginary animals—all concentratedly going about their business.

In Poetry in the Making, Hughes said that he thought of his poems as animals, meaning that he wanted them to have “a vivid life of their own.” Distilled and self-defining, A Ted Hughes Bestiary is subtly responsive to a central aspect of Hughes’s achievement, while offering room to overlooked poems, and “to those that have the wildest tunes.”

“Poets like Hughes—there are always a few in a century—are not just monuments. They reflect the narrative of a poetry culture.” —Eavan Boland

Alice Oswald has published three books of poetry and received the T. S. Eliot Prize and the Geoffrey Faber Memorial Prize. She lives with her husband, the playwright Peter Oswald, and their three children in Devon, England.
or support indie stores by buying on