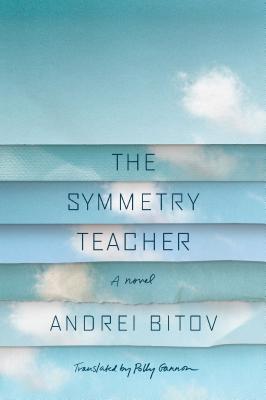 From one of the greatest Russian writers of the past half century comes a metaphysical mystery novel that defies categorization and confounds expectation. Andrei Bitov's The Symmetry Teacher presents itself as the "echo" of an older British novel Bitov once read and had long forgotten. Unable even to recall the name of that novel's author, Bitov reconstructs its literary vision through the fog of memory, creating a group of stories nestled together like a matryoshka doll. In doing so, Bitov evokes the anxieties of the late and post-Soviet decades, confronting urgent questions of conscience and self-deception through an innovative style that revels in paradox and sleight of hand.

Unified by the delightfully maddening search for the identity of a writer toiling in obscurity, The Symmetry Teacher takes us through a curious series of episodes: A man meets the devil on a park bench and the devil shows him photographs of the fall of Troy, Shakespeare's legs, and a terrible event that will take place in his future. A young poet fleeing his past is stranded on a windswept island and tormented by a lover and her shape-shifting evil twin. Three friends, unable to become writers, start a literary society where books and manuscripts are neither read nor returned and new members are accepted only if their work is unwritten. A king who reigns over all possible worlds and uses his power to remove stars from the sky turns out to be the compiler of the Encyclopædia Britannica.

Writing with impish daring, Bitov crafts an enchanting fiction from interwoven fables. The result challenges the boundaries between life and literature, author and reader, and memory and imagination, exploring the sacrifices that a writer may make out of ardor for his art. Mingling fantasy and satire with moral concern, Bitov is a deserving heir to the tradition of Gogol, Dostoevsky, and Bulgakov. The Symmetry Teacher showcases the work of a postmodern master at the height of his craft.


Praise For The Symmetry Teacher: A Novel…

“[The Symmetry Teacher] is an ingenious, often maddening series of echoing tales written in the manner of Calvino . . . Bizarre and wonderful sequences await readers with a taste for vertiginous postmodern mayhem.” —The New Yorker

“Highly entertaining, beautifully crafted and philosophically enriched . . . The Symmetry Teacher immerses itself in the language of science, history, psychology, absurdist existential philosophy, religion, madness and just about any other mode of thinking about thinking . . . Another reminder that [Bitov] is still the most important living author writing in the Russian language today.” —The Washington Post

“Blending elements of Nabokov, Calvino, and Percival Everett, Bitov's shape-shifting novel is not really a novel so much as a narrative puzzle that revels in its own language . . . Bitov, a pioneer postmodern writer, packs physics-defying deaths, mysterious doorbells, and space aliens into this lively literary feat” —Publishers Weekly (starred review)

“Bitov's skill--and here the translator Polly Gannon deserves much praise for her fluid and polished translation--is to show the elusiveness of words just as we grasp them: language cannot be pinned down in meaning, characters might or might not have a certain name--or even be the same person--and they may or may not be telling lies.” —Lucy Renner Jones, Words Without Borders

“A novel full of fiery intelligence . . . The author this work most vividly recalls when at its eloquent and weird best is Dostoevsky.” —Frank Kermode, The New York Times Book Review on Pushkin House

“Part of the bravery and triumph of Pushkin House is its language and formal daring. Bitov's sentences whirl and glide on the page.” —David Remnick, The Washington Post Book World on Pushkin House

Andrei Bitov is the author of Pushkin House, Captive of the Caucasus, and The Monkey Link, among other works. He is a cofounder of the Russian PEN club and has received numerous awards and honors, including being named a Chevalier of the Order of Arts and Letters by the French government. He lives in Moscow and St. Petersburg.

Polly Gannon is the director of cultural studies at the New York-St. Petersburg Institute of Linguistics, Cognition and Culture. She holds a Ph.D. in Russian Literature from Cornell University and is the co-translator of Word for Word by Lilianna Lungina. She lives, teaches, and translates in St. Petersburg, Russia.

Polly Gannon is the director of cultural studies at the New York-St. Petersburg Institute of Linguistics, Cognition and Culture. She holds a Ph.D. in Russian Literature from Cornell University and is the co-translator of Word for Word by Lilianna Lungina. She lives, teaches, and translates in St. Petersburg, Russia.
Loading...
or
Not Currently Available for Direct Purchase