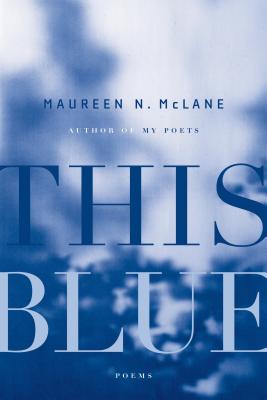 From lichens to malls to merchant republics, it's "another day in this here cosmos," in Maureen N. McLane's stunning third poetry collection, This Blue. Here are songs for and of a new century, poems both archaic and wholly now. In the middle of life, stationed in our common "Terran Life," the poet conjures urban pigeons, Adirondack mountains, Genoa, Andalucía, Belfast, Parma; here is a world sounded out, broken, possibly shareable, newly named: "Take it up Old Adam- / everyday the world exists / to be named." This Blue is a searching and a singing-intricate, sexy, smart.


Praise For This Blue: Poems…

“These are poems that keep you on your toes . . . McLane renders each phrase with the precise and steady hand of an ice sculptor. Her consummate finesse can be a source of delight.” —Jeff Gordinier, The New York Times Book Review

“*Starred Review* "The third poetry collection from McLane (Same Life; World Enough) is replete with searching poems--"how can I be in this world?"--and poems celebrating nature and travel . . . An exciting collection that celebrates the extraordinary in the ordinary.” —Doris Lynch, Library Journal

“Beginning with "a chair,/ a table, grass," and ending in the "wild way" of the woods, McLane's latest poetry collection is a progressive push into the unknown. Her consistency of voice, an amalgam of neoformal rhyme and contemporary bravado, serves as an anchor throughout the book's five sections, each of which explores a new setting and subject pairing.” —Publishers Weekly