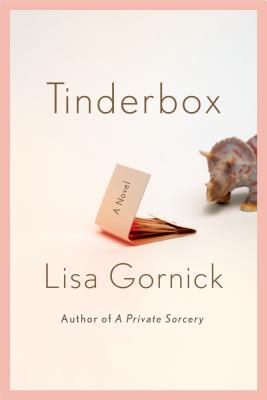 When you invite a stranger into your home, you never know who's really coming in . . .
Myra is a Manhattan psychotherapist. A quick study and an excellent judge of character, she thinks she knows what she's getting when she hires a nanny it's her job, after all, to analyze people. Her phobia-addled son has just moved back in with his wife and child, and the new nanny, Eva, seems like a perfect addition: she cleans like a demon and irons like a dream, and she forms an immediate bond with Myra's grandson.
But as Eva, a Peruvian immigrant, reveals more of herself, what seemed a felicitous arrangement turns ominous. She racks the household with screams from a night terror. She spits in her hands to ward off evil spirits. Then, one afternoon, she settles into Myra's patient chair and begins to expose the secrets of her past. Their relationship slowly and inexorably becomes too close, too dependent, and, ultimately, terrifyingly destructive. As events spiral out of Myra's control, she learns that even a family as close-knit as her own can have plenty to hide.
In the rich tradition of Lionel Shriver, Jane Hamilton, and Anne Tyler, the psychoanalyst and novelist Lisa Gornick tells us a story about the tragedy of good intentions. "Tinderbox" spins a suspenseful mystery of hidden traumas. It's a searingly perceptive, deeply honest novel about families and secrets, and power, and love.

Lisa Gornick is the author of A Private Sorcery, a novel. Her stories have appeared in Agni, Confrontation, The Massachusetts Review, Slice, and other journals; have received awards, including Best American Short Stories Distinguished Story of the year; and have been named a finalist in the Glimmer Train Fiction Open and a winner of the Summer Literary Seminars Unified Literary Contest. Her essays have been published in The Huffington Post, The Sun, and various psychoanalytic journals. She has a BS from Princeton, and a PhD in clinical psychology from Yale, and is a graduate of the writing program at New York University and the psychoanalytic training program at Columbia, where she is currently on the faculty.

“This vivid portrait of a family unravelling is perfect for book clubs.” —People, Four-Star Review

“Lisa Gornick’s second novel, Tinderbox, will certainly be compared to Jonathan Franzen’s acclaimed The Corrections. And it should be, since Gornick creates a world of characters every bit as complex and flawed—and as real—as Franzen’s subjects.” —Juli Berwald, Jewish Book Council

“Lisa Gornick’s novel, Tinderbox, explores the entanglement of human lives and the stunning result when lightness and darkness meet. Without a doubt, Tinderbox is corporeal, and a beating product of Gornick’s experiences.” —Caitie Hannigan, Slice Magazine

“Read Lisa Gornick’s Tinderbox, and you may adopt her family of characters as your imaginary friends. So palpable, lifelike, and worthy of your love are these New Yorkers that after finishing the book, you’ll probably find yourself having conversations with them aloud . . . I clung to every page of Tinderbox; the writing is intelligent and sharp, and with each turn of the story, my investment surged. Gornick has translated the very real and tender chaos of family into a novel that’s expertly constructed and engaging. This book is so cling-worthy, you almost risk clinging too much and confusing the book with reality.” —Claire Luchette, Bustle.com

“Lisa Gornick is both a writer and a psychoanalyst. Her gifts for seeing beyond the surface, for appreciating and depicting the consequences of unrealized love and psychic pain, for observing with unblinking honesty the dynamics of family life and human foibles, come together in this novel, which starts off like a brush fire and then engulfs and burns with fury.” —Lloyd I. Sederer, The Huffington Post

Tinderbox is the story of a family undergoing seismic changes brought on by a stranger who unwittingly forces her hosts to face themselves. A masterly and dramatic group portrait, drawn with intelligence, precision, and deep feeling.” —Daniel Menaker, author of The Treatment


“A fiery, tender novel about the smoldering secrets that can destroy a family. Lisa Gornick is a psychoanalyst as well as a novelist, and the training serves her well. She exposes her characters with a skilled therapist’s blend of gentility and intensity. She knows just when to hang back—and when to light the match.” —Lisa Zeidner, author of Love Bomb and Layover


“I was gripped from the first line of Lisa Gornick’s ingenious novel to the last. Using a polished prose to scratch hard and deep through the surface of a pristine upper-middle-class Upper West Side family’s life, Gornick’s incisive narrative explores the creepy underbelly of privilege and self-satisfaction.” —Jenny McPhee, author of A Man of No Moon


“I loved this novel—it is deeply intelligent and shot through with suspense. The light that it shines on family life—from lethal traumas to daily love to misguided intentions—has a rare sort of rightness. An extraordinary book, written for adults.” —Joan Silber, author of Fools and National Book Award finalist for Ideas of Heaven

“What a smart, compassionate novel Lisa Gornick has written! In the first line of Tinderbox, Myra says yes when she should say no, allowing her maternal instincts to trump her wisdom as a therapist. That tension—the tug of war between the advice we give others and the life we actually live—pulls the reader through this wonderful book of family turmoil. Getting to know these characters truly, madly, deeply is as gut-wrenching and joyful as life itself.” —Mary Kay Zuravleff, author of The Bowl is Already Broken

Praise for A Private Sorcery

“A Private Sorcery is a deep, powerful, exciting story that casts a spell on the reader from the opening pages. I was riveted and entranced—and something even more than that: thrilled to be in the presence of an important and authentic new voice.” —Dani Shapiro, author of Slow Motion

“Every now and then a new voice comes along that makes sense of our deep need for stories and their tellers. Lisa Gornick is one of those voices—she manages to match a compelling storyline with a language that is simultaneously intimate, intelligent, and crafted. It’s certainly not easy to make it seem so easy. A Private Sorcery is a wonderfully honest book, deeply felt, with characters carved from the true stuff of what we are. A first-rate novel, all the more surprising since it is Gornick’s debut.” —Colum McCann, author of This Side of Brightness

“An astonishingly good novel and completely compelling, A Private Sorcery is superbly written and sparkles with intelligence and subtlety. I can’t remember a first novel in the last ten years that has impressed me as much as this. The characters are complex and fascinating. The evocation of place and time is vivid and convincing. This seems to me to be a novel for grown-ups.” —Charles Palliser, author of Quincunx and The Unburied