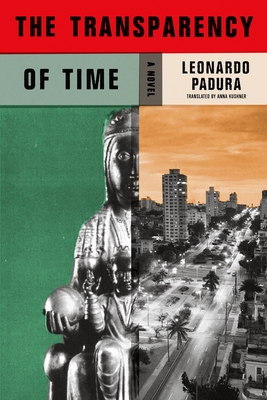 Rescue comes in the form of a new case: an old Marxist turned flamboyant practitioner of Santería appears on the scene to engage Conde to track down a stolen statue of the Virgen de
Regla—a black Madonna. This sets Conde on a quest that spans twenty-first century Havana as well as the distant past, as he delves as far back as the Crusades in an attempt to uncover the true provenance of the statue.

"Dressed in the grungy trappings of a crime drama, this literary tour-de-force from Padura offers a colorful cultural history of Cuba and the island’s historical contact with Europe that helped to shape its people’s religious beliefs . . . The author forges a wondrous connection between the past and present through his characters’ faith in the statue’s occult powers and through a vivid portrait of a decayed Havana, where vestiges of opulence glimmer in the ravages of time. Padura’s novel will appeal equally to genre fans and lovers of literary thrillers."
—Publishers Weekly (starred review)

“The best detective novels, whether by Raymond Chandler or Henning Mankell, have long offered more about the societies that spawned them than casual readers digest (or possibly even care about), and Padura, by meticulous attention to detail and without preaching, is an expert in making the reader know what kind of life is possible in that bankrupt dictatorship . . . Padura reaches for an epic vision that transcends the mundane . . . Yet another rich novel by Cuba’s master novelist.” —J. Madison Davis, World Literature Today

The daughter of Cuban exiles, Anna Kushner was born in Philadelphia and has been traveling to Cuba since 1999. In addition to The Black Cathedral and Call Me Cassandra, she has translated the novels of Norberto Fuentes, Leonardo Padura, Guillermo Rosales, and Gonçalo M. Tavares, as well as two collections of nonfiction by Mario Vargas Llosa.
Loading...
or
Not Currently Available for Direct Purchase