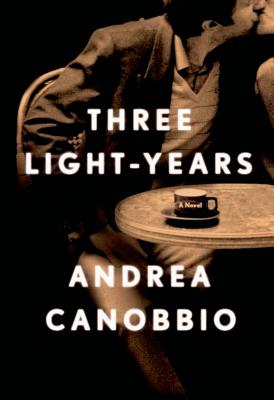 Cecilia and Claudio are doctors are the same hospital. They eat lunch together almost every day; they talk, sometimes even share secrets. Each is enmeshed in a complicated, painful relationship that has technically ended but isn't really over: she is newly separated, with two small children; he's stuck in the apartment building where he grew up, where his senile mother, not to mention his ex-wife and her new family, all still live. Cecilia and Claudio are attracted to each other: magnetically, powerfully. But life has taught them to treat that attraction with suspicion.

Then a chance encounter between Claudio and Cecilia's sister, Silvia, shifts the precarious balance of the relationship between the two colleagues. Claudio begins to recognize the damage caused by his wary stance toward everything around him. He has hidden a hunger for life and experience beneath a veneer of apathy, a mask that also conceals a deep well of anguish. And just when Cecilia comes to the realization that she loves Claudio and is ready to commit to a genuine relationship, fate steps in once again. The complicated tale is unraveled by the son born of this love triangle, a man attempting to understand both himself and his past.

In lucid, enchanting prose, supplely rendering into English by Anne Milano Appel, Andrea Canobbio's Three Light-Years sketches a fable of love poisoned by the indecision born of fear, laying bare the dangers of playing it safe when it comes to matters of the heart.

Andrea Canobbio was born in Turin, Italy. An editor at the publishing house Einaudi, he is the author of the novels Vasi cinesi, Traslochi, Padri di padri, and Indivisibili.

Praise For Three Light-Years: A Novel…

“Andrea Canobbio's prize-winning novel, Three Light-Years, is an intimate and perceptive portrait of a triangle, not a couple, suspended in the more complex geometry of family . . . This is a novel about the stabbing fears of middle age . . . The first surprise is the narrator's identity. We learn early on he is the son Viberti will eventually have, conjuring the years before his birth. The second surprise is the utter breadth of the lives Canobbio portrays. And there is a third: each year of the three-year seduction is told twice, first from Viberti's point of view, then from Cecilia's, a trick that neatly reveals just how little they know of each other and how far apart they really are--light-years apart. Then Canobbio wisely has the narrator recount the clever culmination of the tale from Sylvia's point of view, thus completing a triple perspective, the three light-years. The unruffled, somewhat amused voice of Viberti's son, expertly rendered by translator Anne Milano Appel, makes everything seem possible. By resolving the intimate longings of the characters, though the result is undoubtedly messy, he allows us to believe we, too, might fulfill all our dreams. Who, then, is his mother? The question hangs unspoken, and many readers will guess the answer. No matter. The pleasure is in the telling in this eminently wise and satisfying book.” —Mark Fried, Toronto Star

“These are fine character portraits, of people brought together and continuing in various orbits around one another--Cecilia is drawn to Claudio, but keeps him at a certain distance; withdrawn Claudio is head over heels in love but doesn't know how to act on it; Silvia's appearance adds yet another complicating twist to the whole mess . . . Canobbio's is an anything-but-conventional but quite convincing relationship novel, with his characters' realistic flaws openly displayed.” —M. A. Orthofer, The Complete Review

“It's a complex and curious narrative structure . . . [and] it reveals much about the precarious nature of perception and the frightening fragility of love. A sad and melancholy tale, but also an exhilaratingly passionate one.” —Bill Ott, Booklist

“In Three Light-Years, Andrea Canobbio's lush and meditative new book, a son traces the unlikely love triangle that leads to his eventual birth. It's wonderful to have another Canobbio novel available to the English-language reader.” —Nathan Englander, author of What We Talk About When We Talk About Anne Frank

“Three Light-Years is a stunning novel that lives at the bright intersection of imagination and memory, where a son may reconstruct the mystery and wonder of his birth and his parents' lives while also entrancing the reader with promises of hope: for great love, for happiness, and for catharsis. The novel is far more than a love story; it is a meditation on the good surprises that even the most desperate lives hold. And it is a delight.” —Ben Schrank, author of Love Is a Canoe

“Canobbio spans these lives with a prose style that reads as plain, without sudden jolts, that seems adapted to the rhythm that the characters of the book give their own lives. But this is only how it reads--because in fact a great deal of skill is needed to maintain such a constant pace and, above all, to also bind the reader to the text, using nothing but the pure force of language.” —Roberto Ferrucci

“The tension builds--from placid it becomes frenzied. First we admire Canobbio as a painter of details, as a parser of the quotidian, as a sketcher of feelings and emotional states that we all recognize. And then we find ourselves entangled in a "how will it end" cliffhanger, and even if the final outcome is certain and predictable, that doesn't make the torment any less. Surprise is born from a communal place, and this is art . . . Leaving the thread of the plot in the hands of the narrator . . . Canobbio lends each protagonist the dignity of his or her own perspective, in alternating chapters . . . and directs the distribution and intersection of information with a subtle skill. But the real tour de force is in fact this strange ulterior narrator [the son that results from the love triangle at the novel's center], who must find things he already knows surprising, and must relive, through the eyes of others, the fact that he is at once the master and the product of this narrative universe . . . Without any evidence of stylistic rupture, the text is rife with cracks. In the mystery of time, realism has found a terrifying ally. If realism manages to capture this mystery, it remains on its feet; otherwise, it crumbles spectacularly. Those who read for more than just plot will find in Three Light-Years a kind of suspense centered entirely on this duel, the most difficult a novel of this genre can undertake. It's a duel that can't be won hands down, but only ever by the skin of your teeth--which is precisely the beauty of it.” —Daniele Giglioli, La Lettura, Corriere della Sera

“It's the author's prose: sparkling, evocative, that descends into minute particulars in order to take the narrative's temperature, or to limn a character's personality, and then zooms back out into the macroscopic, the universal.” —Grazia

“Canobbio's novel, written with a lucidity and a stylistic mastery that has few equals in our contemporary literature, seems to tell the story of a family. It seems to be the most traditional of realist novels, and in part, in certain respects, it is that too. Its plot is built of small events that grip the reader tightly until the last page, alongside an emotional investigation of stunning and ironic profundity. But, in truth, it is a desperate attempt to say "I," to ask the reader to approach the opening of the shell and look inside, after having admired its outside perfection. This is why the person telling the story conceals himself behind invention from the first . . . and yet continually peeks through the pages with brief insertions during which he gives himself voice, reclaims attention . . . These are cracks, these small interruptions during which the narration talks about himself, but they are also geysers that, in erupting, break the husk of form. And these are what give meaning to everything, negating the seductive lie of a family tale, invented to tie up all the loose ends. And we are there, admirers standing before these cracks, watching as everything that was buried beneath the earth rises up with a furious candor.” —Andrea Bajani, Il Sole 24 Ore, Domenica

“Andrea Canobbio's new novel is a kind of emotional mystery novel: the story of a love triangle in which there are no forgone conclusions, and you want to race through page after page to find out how it all ends. And yet the quality of Canobbio's prose . . . gives so much pleasure that it would be a shame to waste it by reading too quickly . . . The impeccably woven narrative begins slowly and then becomes ever more urgent . . . Canobbio is very good at describing the emotional states of his protagonists and at describing their lives, punctuated by trivial daily habits.” —Anna Folli, Gazzetta di Parma

“[Three Light-Years] confronts, with prose that is both limpid and compelling, with a narrative that is both direct and composed of concentric circles, one of the issues that most plagues our time: the inability to speak our emotions . . . Three Light-Years plumbs the depths of love, of friendship, of familial bonds, and of the equilibriums established between adults and children, with a lightness and a profundity that triumph, page after page. Pulling the reader inside the story, as if into a whirlpool, Andrea Canobbio's novel reveals itself to be one of the most convincing books by an Italian author to come out in the past few years.” —Alessandro Mezzena Lona, Il Piccolo