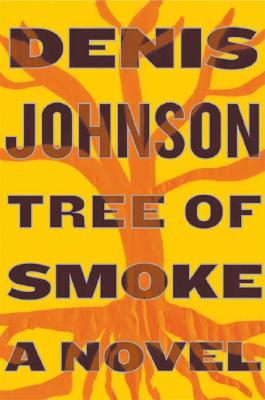 "Once upon a time there was a war . . . and a young American who thought of himself as the Quiet American and the Ugly American, and who wished to be neither, who wanted instead to be the Wise American, or the Good American, but who eventually came to witness himself as the Real American and finally as simply the Fucking American. That's me."This is the story of Skip Sands--spy-in-training, engaged in Psychological Operations against the Vietcong--and the disasters that befall him thanks to his famous uncle, a war hero known in intelligence circles simply as the Colonel. This is also the story of the Houston brothers, Bill and James, young men who drift out of the Arizona desert into a war in which the line between disinformation and delusion has blurred away. In its vision of human folly, and its gritty, sympathetic portraits of men and women desperate for an end to their loneliness, whether in sex or death or by the grace of God, this is a story like nothing in our literature."Tree of Smoke "is Denis Johnson's first full-length novel in nine years, and his most gripping, beautiful, and powerful work to date."Tree of Smoke" is the 2007 National Book Award Winner for Fiction.

Praise For Tree of Smoke…

"Denis Johnson has delivered his masterpiece.”  —Chris Offutt "The God I want to believe in has a voice and a sense of humor like Denis Johnson's."  —Jonathan Franzen

Denis Johnson is the author of five novels, a collection of poetry and one book of reportage. He is the recipient of a Lannan Fellowship and a Whiting Writer's Award, among many other honors for his work. He lives in northern Idaho.
Loading...
or
Not Currently Available for Direct Purchase