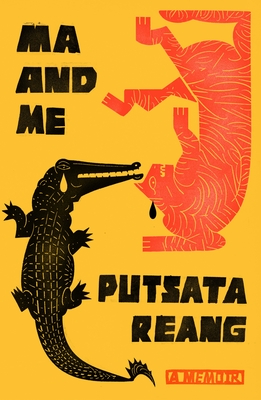 "A nuanced mediation on love, identity, and belonging. This story of survival radiates with resilience and hope." —Publishers Weekly, starred review

"This openhearted memoir . . . opens the door to include queer descendants of war survivors into the growing American library of love.” —Sarah Schulman, author of Let the Record Show

When Putsata Reang was eleven months old, her family fled war-torn Cambodia, spending twenty-three days on an overcrowded navy vessel before finding sanctuary at an American naval base in the Philippines. Holding what appeared to be a lifeless baby in her arms, Ma resisted the captain’s orders to throw her bundle overboard. Instead, on landing, Ma rushed her baby into the arms of American military nurses and doctors, who saved the child's life. “I had hope, just a little, you were still alive,” Ma would tell Put in an oft-repeated story that became family legend.

Over the years, Put lived to please Ma and make her proud, hustling to repay her life debt by becoming the consummate good Cambodian daughter, working steadfastly by Ma’s side in the berry fields each summer and eventually building a successful career as an award-winning journalist. But Put's adoration and efforts are no match for Ma's expectations. When she comes out to Ma in her twenties, it's just a phase. When she fails to bring home a Khmer boyfriend, it's because she's not trying hard enough. When, at the age of forty, Put tells Ma she is finally getting married—to a woman—it breaks their bond in two.

In her startling memoir, Reang explores the long legacy of inherited trauma and the crushing weight of cultural and filial duty. With rare clarity and lyric wisdom, Ma and Me is a stunning, deeply moving memoir about love, debt, and duty.


Praise For Ma and Me: A Memoir…

"Familial ties and the scars of war are exquisitely examined in this luminous debut . . . A nuanced mediation on love, identity, and belonging. This story of survival radiates with resilience and hope."
—Publishers Weekly, starred review

“This beautiful story of struggling to reconcile love, family, and identity with generational trauma belongs on every queer immigrant's shelf. For those of us who know how it is to always fall between two worlds, Ma and Me is not heartbreaking but heart-healing.”
—Nicola Griffith, author of So Lucky

"Ma and Me is an important new entry in the growing body of American refugee and immigrant literature, shining a fearless light on the experiences of queer people whose families have survived the trauma of war. It also stands apart as a work of lyrical beauty, exploring culture, duty, guilt and family with heartbreaking clarity."
—BookPage

"[A] piercing memoir . . . [MA AND ME features] well-wrought vignettes of a complicated mother-daughter bond."
—Kirkus

“A book as close to perfect as any I have read in many years. Lyrical, emotional, and profoundly moving, Ma and Me is in equal parts a love story between a mother and her daughter, and a family’s tale of survival, war, and the inherited traumas. I read Ma and Me in two days, and that is only because I forced myself to slow down to savor Putsata Reang’s sharp, poetic prose.”
—Loung Ung, author of First They Killed My Father

“At a time when there are more refugees than ever in history, and borders are places of violence and cruelty, two essential stories of our time converge in Ma and Me: Americanization’s multigenerational costs, and the way this converges with lesbian life. Putsata Reang expands both literatures with this openhearted memoir that grapples emotionally and historically with the profound consequences of displacement on future lives and relationships. A book that opens the door to include queer descendants of war survivors into the growing American library of love.”
—Sarah Schulman, author of Let the Record Show

Putsata Reang is an author and a journalist whose writings have appeared in The New York Times, Politico, The Guardian, Ms, and The Seattle Times, among other publications. Born in Cambodia and raised in rural Oregon, Reang has lived and worked in more than a dozen countries, including Cambodia, Afghanistan, and Thailand. She is an alum of residencies at Hedgebrook, Kimmel Harding Nelson, and Mineral School, and she has received fellowships from the Alicia Patterson Foundation and Jack Straw Writers Program. She teaches memoir writing at the University of Washington's School of Professional & Continuing Education.
Loading...
or support indie stores by buying on